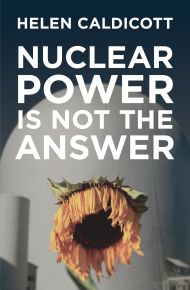 Since we are only on chapter four out of 10 chapters I’m going to speed things up and do two chapters for each post.

In a thirteen month period from March 7, 2000, to April 2, 2001, eight nuclear power plants were forced to shut down because of potentially serious equipment failures associated with aging of their mechanical parts – one shut down on average every sixty days. The NRC aging-management programs are thus failing to head off the equipment failures these programs are designed to prevent.

I don’t know about “potentially serious” but nuclear plants shut down quite frequently. Actually, more than every 60 days. If you ever follow my Energy Markets Reports (PDF) you can find a table on page 3 of the power status of each reactor during each day of the week. About once every week or two a reactor will scram automatically or the operators will decide to take a reactor down for maintenance. Most of the time, reactors are only down for several days.

But what many don’t seem to understand is that maintenance on plants is always needed. They are not perfect and you need to constantly maintain them especially since they are baseload plants running 24/7.

Here’s the thing. Nuclear reactors are billion dollar assets. Does it makes sense that a company will risk destroying them for a few extra megawatts? No. Companies value them so much that they spend millions of dollars to upgrade and replace expensive parts such as steam generators and reactor vessel heads.

On to terrorism. The issue of terrorism and nuclear plants is something we can go a hundred rounds on and still not come to an agreement. So let me cite a few things and we’ll move on.

First, here’s a picture of a containment wall which a plane or bomb would have to get through to get to the reactor.

Second, here’s a picture of the inside of a boiling water reactor with several more barriers which a plane or bomb would have to get through. And don't forget these barriers protect from things getting out as well.

Third, here’s a comparative size of targets of a nuclear reactor versus the pentagon and the world trade center.

And four, here’s a graphic that shows that nuclear plants have beefed up their security spending and personnel since 9/11.

This issue is where she spent the least amount of time in her book. Caldicott, p. 107:

Never in its sixty-five-year history has the nuclear industry taken responsibility for the massive amounts of profoundly lethal radioactive waste that it has continued to produce at an ever-increasing pace.

Far from it. The used fuel is still on all the nuclear plant sites in the U.S. and we’re actually trying to get the Department of Energy to take responsibility for it. The nuclear utilities pay for all the used fuel and are also paying one-tenth of a cent per kWh produced from nuclear to build and store the used fuel at a repository. To date, there are more than $28B (PDF) in commitments for a repository.

And it is predicted that there could be fifty accidents a year, three of them serious, with radioactive releases. All eleven of the casks currently used by the DOE for radioactive transport have been found to be defective.

I guess she hasn’t seen these videos testing the strength and durability of the casks. If anyone has questions about the integrity of dry casks watch these videos.

According to the NRC’s Safety of Spent Fuel Transportation report, p. 6:

More than 1,300 spent fuel shipments regulated by the NRC have been completed safely in the U.S. during the past 25 years. Although there have been four accidents involving those shipments, none have resulted in a release of radioactive material.

Experience with past shipments confirms that the fundamental safety system is sound. The question becomes, "What might happen if there are thousands of future shipments?" The NRC continuously evaluates risks associated with spent fuel transport in a methodical and scientific way. To provide additional confidence, the NRC has sponsored several risk studies related to spent fuel transportation on highways and railroads.

On the basis of these studies, operational experience, and its own technical reviews, the NRC concluded that the shipment of spent fuel is safe at projected shipment levels. The NRC is continuing to follow developments in spent fuel shipping, including the performance of additional analyses and testing of spent fuel casks, to ensure that the risks remain low.

Enough for now. The next two chapters are on Generation IV reactors and proliferation.

Anonymous said…
Nuclear is the ONLY energy source that has taken full responsibility for its waste. Nothing less than complete containment of all waste is required, for an indefinite time period, to a high standard of proof. And all associated costs are fully paid for by the industry. This is something fossil fuels can only dream of.

Concerning transportation, note that they've already shipped ~70,000 tons of spent fuel in Europe, which equals the entire (statuatory) capacity of Yucca Mtn. Thus, they've already performed the equivalent of the entire Yucca Mtn. shipping campaign. No radioactive material was released. This answers the question about how many releases are expected. Zero.
September 28, 2006 at 11:24 PM

Jim Hopf said…
Nuclear is the ONLY energy source that has taken full responsibility for its waste. Nothing less than complete containment of all waste is required, for an indefinite time period, to a high standard of proof. And all associated costs are fully paid for by the industry. This is something fossil fuels can only dream of.

Concerning transportation, note that they've already shipped ~70,000 tons of spent fuel in Europe, which equals the entire (statuatory) capacity of Yucca Mtn. Thus, they've already performed the equivalent of the entire Yucca Mtn. shipping campaign. No radioactive material was released. This answers the question about how many releases are expected. Zero.
September 28, 2006 at 11:26 PM

Anonymous said…
Mr. Bradish... I hope you were given this book as a "gift" or was able to borrow it. I'd hate to think that you spent your own money on it.

Anonymous said…
It never ceases to amaze me why the anti-nuke kooks continue to hammer the nuclear industry for taking care of its waste. It is the only industry that pre-plans and sets money aside ahead of time not only for waste disposal, but also for retirement and dismantling of plants and restoration of sites.

In my town alone there is an abandoned aircraft manufacturing facility, just closed up with the doors welded shut and walked away from, with no remediation or site restoration done. It just sits there rotting. Likewise for a bearing manufacturing plant, whose site the city has been trying to give away for years but has no takers because of a lack of records on environmental disposal of hazard materials there. Just south of here there are abandoned steel mills just rusting away in the open, leeching who-knows-what into the ecosphere. There is a coal-burning power plant about a hundred miles away from here whose so-called "environmental controls" emitted so many irritating effluents that they had to buy out the whole surrounding village.

Yet here the nuclear industry plans for and finances waste disposal and retirement of facilities, but all theses wackos can do is complain. Well, when they go after these other industries with equal vigor before they harrass the nuclear industry, maybe I'll pay more attention to them. But not before.
September 29, 2006 at 11:21 AM

Concerning transportation, note that they've already shipped ~70,000 tons of spent fuel in Europe, which equals the entire (statuatory) capacity of Yucca Mtn. Thus, they've already performed the equivalent of the entire Yucca Mtn. shipping campaign. No radioactive material was released. This answers the question about how many releases are expected. Zero.

And there is also the substantial amount of transportation (mostly by rail) that the US Navy has done for decades and decades.