No Such Thing As Nuclear Waste 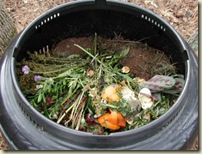 Well, there is, of course, but William Tucker, author of Terrestrial Energy, takes a stab at tearing it all down for you so you can see just how little waste is actually in nuclear fuel if you recycle and repurpose it.

After being loaded in a nuclear reactor, the fuel rods sit for five years before being removed. At this point, about 12 ounces of U-235 will have been completely transformed into energy. But that's enough to power San Francisco for five years. There are no chemical transformations in the process and no carbon-dioxide emissions.

Not a great start – we think the WSJ may have edited some sense out of this paragraph. 12 ounces of U-235 isn’t going to power Nob Hill for five years much less San Francisco. It gets better, though:

Of the remaining 5% of a rod, one-fifth is fissionable U-235 -- which can be recycled as fuel. Another one-fifth is plutonium, also recyclable as fuel. Much of the remaining three-fifths has important uses as medical and industrial isotopes. Forty percent of all medical procedures in this country now involve some form of radioactive isotope, and nuclear medicine is a $4 billion business. Unfortunately, we must import all our tracer material from Canada, because all of our isotopes have been headed for Yucca Mountain.

To be honest, it’s not as though the top 20% of 5% of the fuel rod is U-235, ready to be extracted like the white portion of a leek. But Tucker’s overall point is well taken, that recycling would vastly reduce the amount of material that could readily be classified as “waste.”

Maybe quibbles, and maybe Tucker is aiming to be provocative rather than addressing the complexities of his proposal. Quibbling can be contagious. Even these reasonable lines:

The supposed problem of "nuclear waste" is entirely the result of a the decision in 1976 by President Gerald Ford to suspend reprocessing, which President Jimmy Carter made permanent in 1977. The fear was that agents of foreign powers or terrorists groups would steal plutonium from American plants to manufacture bombs.

That fear has proved to be misguided. If foreign powers want a bomb, they will build their own reactors or enrichment facilities, as North Korea and Iran have done. The task of extracting plutonium from highly radioactive material and fashioning it into a bomb is far beyond the capacities of any terrorist organization.

---can be reversed to suggest that if North Korea and Iran need to build enrichment plants, it’s because Ford and Carter limited proliferation opportunities. Maybe it’s Tucker’s writing style, because he does include a lot of good information and his suggestions tickle the mind agreeably. Give it a read and see what you think.

It’s a compost heap. Waste not, want not.