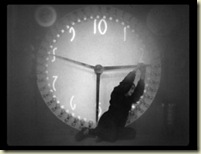 Well, we’ll see about cheaper – researchers are always making claims to justify their work. But it is pretty interesting:

MU researchers have developed a process called Radioisotope Energy Conversion System (RECS). In the first step of the process, the ion energy from radioisotopes is transported to an intermediate photon generator called a fluorescer and produces photons, which are the basic units of light. In the second step of the process, the photons are transported out of the fluorescer to photovoltaic cells, which efficiently convert the photon energy into electricity.

And that’s the premise. So the question then becomes, Can this be done on a much larger scale and in a sustained way? The story doesn’t directly say – they may not know for sure – but this provides a hint:

If you can’t scale the system up, in other words, scale the plant down. Well, that would be cheaper and more compact – but since the nuclear industry as it stands has a remarkable uptime rate, we’ll wait on vetting “more reliable.”

We have no brief on this system. Lots of academic research comes to fruition, lots more does not. So it’s best to be sanguine when you read stories about marvelous new technology. After all, tomorrow comes soon enough, and we’ll hear more about this if there will be more to be heard.

But if you happen to be around Missouri University on April 22, stop by for the Missouri Energy Summit, where Prelas and his crew will be showing off their research. NRC chairman Dale Klein, wind king T. Boone Pickens and many others are also scheduled to speak.

This is how you create electricity in the futuristic world of Fritz Lang’s movie Metropolis (1927). We’re not entirely sure how repositioning clock hands does this, but we do know that if you stop, everything goes boom.

Anonymous said…
Interesting indeed. This work might circumvent the major problems with solar photovoltaic, which would be the extremely feeble, fickle heat flux hitting the PV panels, and the fact that conversion efficiency is easily compromised by dust, dirt, location, orientation and the annoying tendency for the sun to go missing for hours or days at a time.

It would be nice to avoid all the awkwardness associated with boiling water, but it seems that the conversion ratio in this "direct" cycle would need to be very, very high to do so. And one other thing: it will be extremely difficult to top the reliability and safety records exhibited by the current LWR fleet. But this article is intriguing nevertheless.
April 13, 2009 at 8:53 PM

DV8 2XL said…
An optolectric nuclear battery has also been proposed by researchers of the Kurchatov Institute in Moscow. A beta-emitter (such as technetium-99) would stimulate an excimer mixture, and the light would power a photocell. The battery would consist of an excimer mixture of argon/xenon in a pressure vessel with an internal mirrored surface, finely-divided Tc-99, and an intermittent ultrasonic stirrer, illuminating a photocell with a bandgap tuned for the excimer. If the pressure-vessel is carbon fiber/epoxy, the weight to power ratio is said to be comparable to an air-breathing engine with fuel tanks. The advantage of this design is that precision electrode assemblies are not needed, and most beta particles escape the finely-divided bulk material to contribute to the battery's net power.
April 13, 2009 at 10:55 PM

Anonymous said…
My grad school advisor (early to mid 1990s) was a former student of Dr. Prelas, and used to discuss his research occasionally. I remember hearing about similar ideas back then, except it was more like the idea that DV8 2XL mentions. I specifically remember a discussion of an excimer that would feed a photocell. So, I'd say this general concept has been kicking around for a while. I have no idea if it is more practical now than it was then. Fifteen years is a long time, but maybe not so long for an idea like this?
April 14, 2009 at 2:27 PM

Pete said…
Can they use the radioisotopes contained in spent nuclear fuel? If so, the 'waste problem' could be solved. Simply announce to the world that we can generate electricity with nuclear waste. It doesn't matter if it isn't very efficient. Solar cells aren't very efficient either. Once the technology is developed enough to produce a prototype, all we need is to announce the 'problem' solved. We need to find a use for fission products - any use will do.
April 14, 2009 at 10:33 PM

GRLCowan said…
"A beta-emitter (such as technetium-99) would stimulate an excimer mixture... "

One could even say it would excite that mixture. That would imply it wasn't already composed of excimers, and probably that is true. Excimers typically, I think only, are created when inert gases stop energetic rays. The logical beta-emitter to give the rays is 85-Kr, since it is itself a chemically inert gas with a half-life near 11 years. Much more power per atom than 99-Tc, half-life 212,000 years.

"If the pressure-vessel is carbon fiber/epoxy, the weight to power ratio is said to be comparable to an air-breathing engine with fuel tanks."Comparable", certainly, in the sense that comparison is possible. If the exciter were 85-Kr, the weight to power ratio would be, quick guess, thousands of times that of an air-breathing engine with fuel tanks.