A Q&A with Stewart Brand 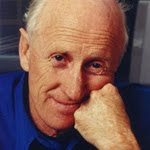 Stewart Brand has been the subject of multiple NNN blog posts over these last several weeks: his latest book, Whole Earth Discipline: An Ecopragmatist Manifesto, was reviewed and the kerfuffle between Amory Lovins and Brand has been discussed in multiple posts. Earlier this week, we had the opportunity to conduct an online Q&A with the author. The transcript is below.

How's the book tour going? What's the public response been like at your readings?
There's been good turnouts in the bookshops and vigorous signing[s].

What is the most commonly asked question at your book readings?
The main hot button question is always nuclear. Usually in the form of "But what about...??" And then they bring up something I haven't discussed but is in the book, such as the widespread photographs of defective babies people are told were caused by Chernobyl.

What are your (or your publisher's) expectations for book sales? (Somewhat related: any idea on how many copies of the Whole Earth Catalog have been sold?)
Viking printed 30,000 copies. Whole Earth Catalog in sundry editions wound up around 1.5 milion.

When you first pitched this book, whom did you see as your target audience? Has it changed at all since you've completed the book?
My target is and was environmentalists with doubts, and people with doubts about environmentalists. I think that as climate dangers become increasingly conspicuous everyone becomes in some sense an environmentalist.

You were quoted in a Newsweek interview recently, stating that you believe nuclear power is "green." Was there an "A-ha!" moment that led to your position or was this a gradual process?
Gradual, as I got more acquainted with climate, with coal, and with nuclear.

Have you ever been inside a nuclear plant?
Not yet.

We know that you live comfortably on your houseboat, Mirene, in San Francisco Bay, but would you ever consider living near a nuclear plant?
Happy to. Ditto waste storage.

What advice, if any, would you give to nuclear energy executives on how to improve public understanding of the industry?
Get active about climate. Join and help environmental organizations as a fellow Green. Have booths at Green trade shows and such (with young engineers, not booth babes). Hire and promote young Green nuclear engineers. Explore and expand the "distributed micropower" of small reactors. Open all nuclear reactors to the public. Encourage visitors to photograph each other standing (and probably mugging) by dry casks of spent fuel. Flaunt the Megatons to Megawatts program and its successors. Help people understand fuel banking for developing nations, and promote it. Support objective research on the "linear no-threshold" theory of low dose radiation effects.

What grade would you give to the current administration's initiatives to address global warming?
B-minus. Better than the previous [administration's] D-minus.

What would be your main advice for the administration and Congress on effecting transformative change in the energy, global warming and environmental arenas?
Do the sums, see if proposed numbers add up. Then keep legislating and regulating and innovating until they do. For an example of doing it right, read David MacKay's Sustainable Energy (without the hot air).

Any plans on attending the U.N. Climate Change Conference in Copenhagen?
None yet.

As one of several "old-school" environmentalists who have been quite vocal in their support for nuclear energy, what do you say to old friends who still oppose nuclear?
Don't assume you know what's in my chapter on nuclear. Read it, then let's talk.

Finally, your book has received praise from critics, but not from Amory Lovins. Any chance you two will sit down to a beer summit and hash it all out?
Unlikely.

Gwyneth Cravens said…
Stewart's entire book is extremely well-written and a must-read for anyone concerned about energy and the environment. The same people who oppose nuclear power oppose genetic engineering. Stewart, well-informed as an ecologist and quite eloquent on GE fearmongering, tells some horrific stories of starvation in Africa because of Greenpeace's campaign against GE food in warehouses.

I agree with Stewart's recommendations for getting the word out. When I give campus talks about nuclear power, I meet young people--some of them in environmental engineering programs--who'd like to get jobs as interns and are even willing to work for free. They ask me where to send their resumes. Does NEI or some other organization have an internship program? If any readers have ideas, please contact me via my website.

Another resource the nuclear world seems to be overlooking: retired nuclear workers, scientists, and engineers who want very much to educate school groups, green organizations, Scouts, etc. These elders would love the chance to counter the tremendous outpouring of misinformation about nuclear power. One of the best ways to do that is one-on-one or in small groups.
November 20, 2009 at 12:58 PM

One question you failed to ask Stewart Brand was: Why isn't the audio version of "The Whole Earth Discipline" available via download from Audible.com up here in Canada. Some of us are way too busy to sit down and read a book; we only get to do our extra-curricular "reading" while taking our dogs out for their walks or other similar chores. Doesn't Stewart have enough pull to get his publishers to release the audio version of his book outside of the US? It isn't just Americans who need to build nuclear reactors to combat global warming. Without ice up here in Canada (and Russia), NEI won't have enough players to fill out the Washington Capitals' roster.

I am glad to see Gwyneth Cravens writing in, and presumely reading the comments, because she also needs to lean on her publishers to put her book in an audio downloadable form. If the issue is money perhaps NEI can sponsor putting "Power to Save the World" in audio form for the reasons I outlined in the above paragraph. Having skimmed through her book, I found it was written in a manner that is comprehensible to the layperson. Ditto for William Tucker's book "Terrestrial Energy".

I am sure that there are quite a few decision makers who are too busy to read Tucker, Craven or Brand in the traditional sense, but do need to hear the information. Downloadable audio versions would certainly help in this regard.

KB said…
@T-Squared: Thanks for the reponse. I've forwarded your comment on to Stewart and the Viking PR group.

DocForesight said…
One of the most disgusting aspects of environmental fear-mongering is the unnecessary starvation of poor people around the world at the hands of well-fed, comfortably-housed, actively-mobile-via-internal-combustion-engine vehicles Western "environmentalists".

Compare the "good" they do with what Norman Borlaug accomplished with no fanfare. Who is the true environmentalist in this comparison?

Access to affordable, reliable, on-demand electricity would resolve many of the issues around poverty, ill-health from unclean water supplies and sanitation systems, and bring agriculture into higher productivity alleviating malnutrition. Nuclear power provides the best source for this electricity.

Anonymous said…
So someone can't legitimately be an environmentalist unless they live like a renunciate monk? Give me a break.

That's like saying you can't be a legitimate activist working to end world hunger unless you starve yourself.
November 23, 2009 at 1:29 PM