Earlier today Congressman Ed Markey sought to score political points for renewables by referencing a monthly report on energy use (pdf) by the Energy Information Administration.

While words and numbers can explain a lot, below is the applicable chart that shows trends in U.S. energy production since 1973. Nuclear energy surpassed renewable energy in the early 1990s and has been ahead for most of the last 20 years. 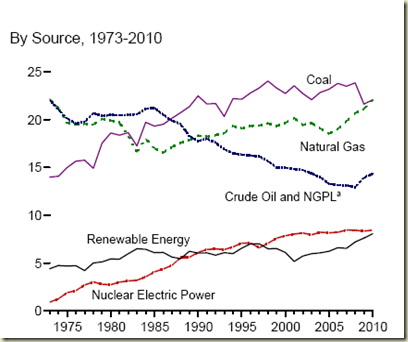 There’s a little bit more to the story, of course. The thing about using overall energy numbers is that it compares and includes production from all sectors. So while renewables have produced more energy than nuclear for the first three months of 2011, that number includes biofuels and biomass used in the industrial and transportation sectors. When we look at generation in the electric sector where nuclear actually competes, renewables produce about half as much electricity as nuclear. Renewables still have a long way to go to match nuclear’s electric generation. See chart below and pages 94 and 95 from EIA. Back to the Congressman:

Hmm, it might be good for the Congressman to read more of the EIA report before making this claim. A full read shows that U.S. nuclear stations broke their record in 2010 for most generation in a year, p. 115 (pdf). The nuclear industry continues to pump more megawatt-hours on the grid even with the same number of units.

But the number is about to change. Here are pictures of nuclear construction going on around the country. 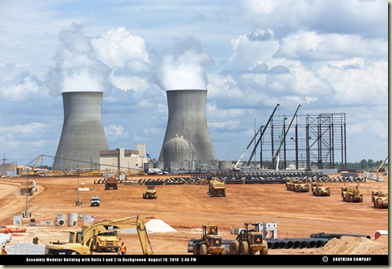 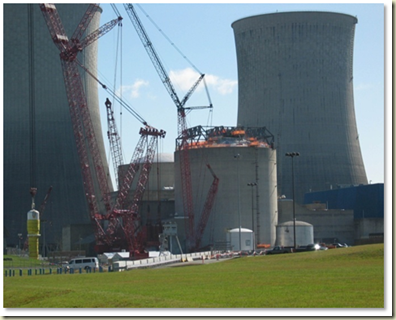 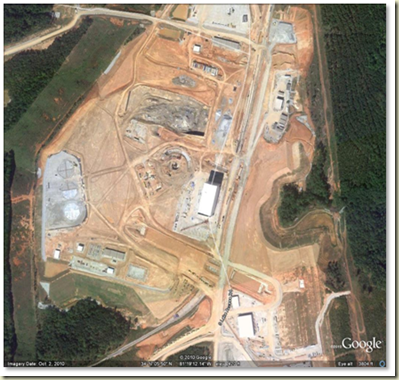 Looks like the industry is alive, kicking and growing.

Back to politics from the Congressman:

The [EIA] report comes ahead of a week when House Republicans will put a 2012 energy spending bills [sic] to a vote in the House of Representatives that prescribes devastating cuts to clean energy while actually increasing investments in coal, natural gas, nuclear, and other traditional technologies.

While I don’t know all of the specifics of the new energy spending bill, I’m reminded of the American Recovery and Reinvestment Act (ARRA) that passed in 2009. Wikipedia notes that ARRA provided $27.2 billion for “energy efficiency and renewable energy research and investment” while excluding incentives for nearly all other so-called traditional technologies.

So if the nuclear and fossil industries don’t want folks to see the EIA report because renewables are apparently taking over, it looks like the Congressman’s news release is trying to hide the billions in loan guarantees, production tax credits, grants, etc. made available to renewables in a previous stimulus bill…

Joel Riddle said…
The picture allegedly of Watts Bar Unit 2 construction is actually of Unit 1's steam generator replacement. Unit 2's reactor building is on the left in that view, Unit 1 is on the right.
July 6, 2011 at 9:17 PM

In terms of primary energy, hydro is dwarfed by biomass (which includes biofuels added to petroleum, i.e., ethanol), which accounts for almost half of the figure for "renewable" energy. When only electricity generation is considered, hydro makes up the lion's share of the "renewables."
July 6, 2011 at 10:02 PM