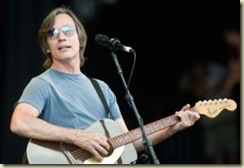 Aging rockers that comprise Musicians United for Safe Energy (MUSE) will be performing this weekend in Mountain View, Calif., as a fundraising event for Japan disaster relief and to “promote safe non-nuclear energy.”  Supporting the people of Japan displaced by the horrendous earthquake and tsunami is, of course, a commendable goal.  MUSE’s energy policy, however, remains forged by Jimmy Carter-era thinking.

I recall listening to my older brother’s No Nukes album late in 1979, especially riffs by Bonnie Raitt, Tom Petty, Bruce Springsteen and Ry Cooder. These artists remain in my collection of old albums, cassettes and CDs … and on several playlists. This weekend’s version of the 1979 No Nukes concert shapes up to be a B-side performance with secondary lineup and a message that’s been overtaken by decades of safe performance at America’s nuclear energy facilities. Expecting rational energy policy from MUSE is like looking to Senate Majority Leader Harry Reid for the next Billboard hit.

In advance of this weekend’s show, there’s other news out of California.  A new study shows that increased efficiency at America’s 104 commercial reactors has saved consumers $2.5 billion annually and decreased carbon dioxide emissions by almost 40 million metric tons each year.  The study by two U.C. Berkeley economists won’t garner many headlines, but is sweet music for consumers and the environment. They found that efficiency at U.S. reactors increased by an average of about 10 percent from 1999 to 2007 as the electric utility industry deregulated in many states and nearly half of America’s nuclear energy facilities were consolidated into a smaller number of highly efficient operators. Here’s the short version of their findings:

“Deregulation has been accompanied by substantial market consolidation and today the three largest companies control more than one‐third of all U.S. nuclear capacity. We find that deregulation and consolidation are associated with a 10 percent increase in operating efficiency, achieved primarily by reducing the frequency and duration of reactor outages. At average wholesale prices the value of this increased efficiency is approximately $2.5 billion annually and implies an annual decrease of almost 40 million metric tons of carbon dioxide emissions.”

The bottom line: increased reliability and safety at America’s nuclear energy facilities, more greenhouse gas prevention than was achieved by all U.S. wind and solar power combined during the same period of U.C. Berkeley’s study and lower electricity prices for consumers.  Now that’s worth singing about!

Brian Mays said…
"Expecting rational energy policy from MUSE is like looking to Senate Majority Leader Harry Reid for the next Billboard hit."

Or like looking to Jackson Brown for the next Billboard hit, for that matter. It's not just the thinking that's "Jimmy-Carter-era."
August 4, 2011 at 1:30 PM

donb said…
If I were still living in the Bay Area, I would probably be at the concert carrying a sign reading something like "Fukushima Nuclear Plants Save 5000 Lives". I am not sure of the exact number (it is about what I stated). There certainly were thousands of deaths avoided by building the nuclear plants instead of building coal-fired power plants, which were the only alternative.
August 4, 2011 at 3:45 PM

gunter said…
Funny, "Running on Empty" is so appropriately the nuclear industry theme song these days...
August 6, 2011 at 1:54 PM

Anonymous said…
Actually, "Running On Empty" is more appropriate for wind power, at least in my area. It is producing nothing. There is a big, fugly wind turbine a few miles from me that has been sitting still every day I go by it. Why? A high pressure system cooking the whole area. Just when we need electricity, wind isn't producing any. Running on empty, indeed. How about, never producing nothing, not ever, never will.
August 6, 2011 at 4:49 PM