Apple Falls Near the Nuclear Tree 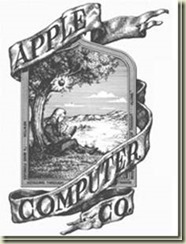 Back in 2012, The New York Times noted a certain ethical laxitude about some of the biggest tech companies:

Internet companies often cloak themselves in an image of environmental awareness. But some companies that essentially live on the Internet are moving facilities to North Carolina, Virginia, northeastern Illinois and other regions whose main sources of energy are coal and nuclear power, the report said. The report singles out Apple as one of the leaders of the charge to coal-fired energy.

Apple is being criticized for trying to justify its placement of a data center in Ireland, by keeping it as far away from nuclear facilities as it can. According to one document, Apple chose to construct the data center at Athenry, County Galway as the best possible location, despite an apparent requirement for it to be at least 320 kilometers (198.8 miles) away from the nearest nuclear facility, though complaints suggest this to be not only a made-up detail to justify the location, but that the chosen plot is also within the supposed range of one nuclear site.

Ireland doesn’t have any nuclear facilities, but England does and therein lies the problem—because the proposed site is near enough to Sellafield and the shuttered Wylfa (in Wales). But frankly, who cares? There is way too much irony and even hypocrisy here to waste time on small details (why 198 miles, for example? Perhaps Apple calculated that was the number needed to makes its point – and goofed.)

For example, the Apple data center is going to need a lot of electricity—just like those in Virginia and North Carolina—and pitching your tent away from nuclear energy doesn’t improve the energy profile.

Opposition to the project claim Apple's center could cause a considerable strain on the national grid, consuming up to eight percent of the total available power. It is feared that this high usage could prompt energy producers to raise electricity bills of all users in Ireland, in order to cope with the increase in demand.

Hmmm! What might help the data center put less strain on the national grid? (Generally speaking, though, increasing output does not signal higher prices.) As it happens, Ireland has access to more electricity.

A nuclear reactor is unlikely ever to dominate the landscape of Carnsore, Co Wexford. In Co Leitrim not a single rock has been fracked – and none might ever be. Yet nuclear power and hydraulic fracturing are already in Ireland.

Irony? Perhaps. Hypocrisy? Well, that’s a little tougher. Apple says it wants to avoid nuclear plants to avoid being in the path of an accident. As a risk-benefit exercise, that’s nonsensical. We cannot really know Apple’s motives, but we can know this: nuclear is and remains beneficial, most notably to large data centers such as Apple’s—lots of electricity at low cost.

And try as it may, Apple cannot avoid it—nor should it.