By NEI Digital Team April 12, 2017
In our present era of political discord, could Washington agree to support an agency that creates thousands of American jobs by enabling U.S. companies of all sizes to compete in foreign markets? What if that agency generated nearly billions of dollars more in revenue than the cost of its operations and returned that money – $7 billion over the past two decades – to U.S. taxpayers? 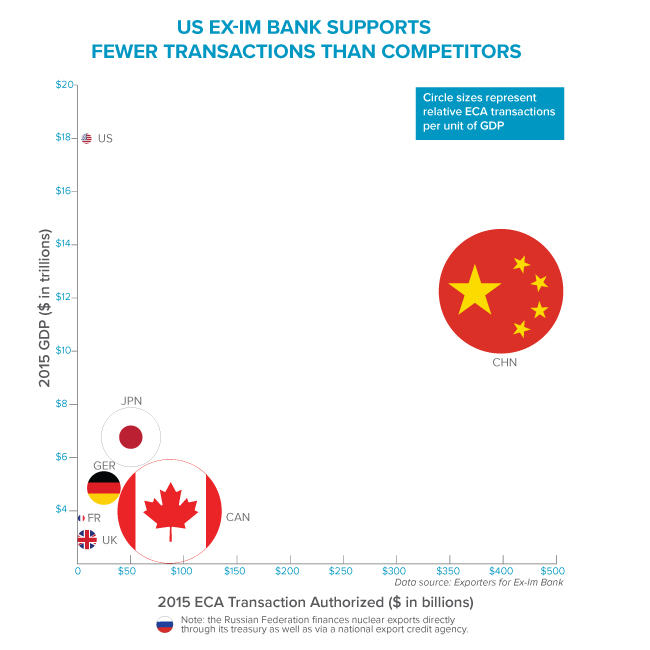 In fact, that agency, the Export-Import Bank of the United States (Ex-Im Bank), was reauthorized by a large majority of Congress in 2015. To be sure, the matter was not without controversy. A bipartisan House coalition resorted to a rarely-used parliamentary maneuver in order to force a vote. But when Congress voted, Ex-Im Bank won a supermajority in the House and a large majority in the Senate.

For almost two years, however, Ex-Im Bank has been unable to function fully because a single Senate committee chairman prevented the confirmation of nominees to its Board of Directors. Without a quorum on its Board, Ex-Im Bank cannot approve transactions valued at over $10 million. About 40 transactions, worth $30 billion in U.S. products and supporting thousands of American jobs, have been stuck in the pipeline.

Now it appears that President Trump is stepping in to get things moving again, which is good news for exports, especially commercial nuclear exports. The following comes from The Wall Street Journal within the hour:


The president said he planned to fill two vacancies on the bank's board. ‘It's a very good thing. And it actually makes money, it could make a lot of money,’ he said.

The lack of a quorum is causing other unintended harms. It has prevented Ex-Im Bank from implementing four key reforms approved by Congress in the 2015 reauthorization legislation. And the loss of revenue from its large transactions is beginning to undermine the Bank’s self-sufficiency.

Today’s announcement by the President is great news for U.S. exporters of all sizes, especially in the nuclear energy industry, for which Ex-Im Bank support is vital.

Though the nominations have yet to be announced, this is also great news for U.S. national interests beyond the economic. By enabling U.S. nuclear energy exports, Ex-Im Bank strengthens the energy security of U.S. partners that are over-reliant on imports of natural gas from unreliable countries. And it advances U.S. global influence on such critical issues as global nuclear safety, security and nonproliferation.

The above is a guest post from Ted Jones, director of supplier programs at NEI.