A Fool for Nuclear Energy 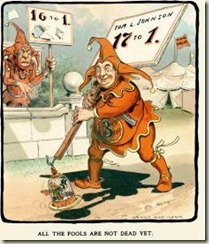 The Motley Fool offers a list of myths about nuclear energy, with an eye, as you might expect, to investing your hard-earned money into various projects. Writer Maxx Chatsko seems to really like TerraPower, which is fine, as long as we recognize that it is one of many projects out there. But we’re smart enough to figure that out, I think. What I found interesting about this list, which is useful and well-intentioned, is that it rather oversells nuclear energy.

We should  like that, yes? Well, maybe, but it can lead to cul-de-sacs, making more complex what should be quite simple to grasp. For example:

28. Radiation exposure from abandoned medical equipment, which kills two to four people each year, is more deadly than living or working at a nuclear plant.

But here’s the point: contracting radiation sickness at or near a nuclear power plant isn’t just rare, it hasn’t happened. That’s all you really need to say.

Accidents at American plants are occupational in nature, and nuclear facilities have a very good record on that score. So do utilities in general. Take a look at page 12 of this pdf from the Bureau of Labor Statistics and you’ll see that occupational mishaps at all utilities is very low. While almost any human activity carries risk, working at or living near a nuclear facility is not by a long shot one of the riskier ones. Heck, candles are riskier propositions. That’s a point well worth making.

26. A 2011 study (link opens PDF) conducted by the WHO determined that environmental noise causes enough stress each year to shorten European lifetimes 3.376 million years. In other words, as Europeans worry about doomsday nuclear scenarios, they lose, on average, three days of life each year from the noise of their car engines.

This could go on forever – it’s a morbid game, though, with little utility. Chatsko could say that playing with kittens is more dangerous than a nuclear power plant and stay on target,  even if you play with the kittens right beside a nuclear plant. (Not sure how this works if there’s a lot of noise near the plant.)

Nuclear energy facilities are incredibly safe. No one has contracted radiation sickness at or from them. The occupational accident record is extremely good.

CaptD said…
Your article forgot to mention that it applies only as long as everything is working A-OK, if there is a nuclear incident and/or accident then ALL BETS ARE OFF!

Ask The Japanese! They now have a Trillion Dollar Eco-Disaster to pay for, and the health implications are starting to show up, despite the Japanese Gov't. trying their best to hide the facts!

Besides Solar (of all flavors) is now less costly, less polluting and much faster to install, Ask the Germans...

The USA could not only be Energy Independent but an Energy exporter except for all the Politicians that receive Nuclear Payback* as the nuclear tries to retain its market share...

Those that support nuclear power because nuclear power somehow supports them; no matter what the health implications or other "costs" are for others.
February 20, 2013 at 12:39 PM

Anonymous said…
Really, CaptD? How many people contracted any radiation sickness or will get cancer from Fukushima?
February 20, 2013 at 3:21 PM

That's pretty arrogant conceit to assume anyone who cares about the environment and clean air and water and supports nuclear power is either a lacky of the industry or gets bucks out of it. Once the Japanese and Germans shake their jitters and admit they grossly knee-jerk overacted about Fukushima evacuations, they'll see that they've been looking an energy gift-horse in the mouth -- a source that even its worst days under rare traumatic conditions injured none. A majority of industries would kill just to have half of nuclear's mortality score -- in or out of worst accidents. Ask a family -- TOO many of which! -- whose member died in oil or gas rig or refinery disasters whether they would've wished they worked at a Fukushima instead. By the way please do cough up the source of those radiation health incidents the Japanese are supposedly covering up -- and I don't mean from your "green" sources.

Anonymous said…
A pet peeve of mine with respect to arguments is seeing the same sort of statements repeated over and over again despite them being easily proven false with a 10 second google search. The statement "Besides Solar (of all flavors) is now less costly, less polluting and much faster to install, Ask the Germans..." is one such statement. It takes a simple google search to see that electricty prices in Germany are 2-3 times higher than they are in the USA and are some of the highest in the world. This clearly refutes the statement that solar is cheaper or that Germany is an example to follow towards cheap renewable energy.

From a more personal experience, I worked for Becthel who is currently building the Ivanpah CSP plant out in California. The cost of this plant was several times greater than almost any other source of energy for the same nameplate capacity and the only way it can even reach nameplate is by burning natural gas to suppliment the solar energy during the winter or the morning/afternoon. Obviously at night it can produce no energy with solar.
February 20, 2013 at 4:31 PM

Ernest said…
"This could go on forever – it’s a morbid game, though, with little utility."

Disagree strongly. The game that is going on forever is that green alarmists broadcast hysterical rants about the death and disease caused by nuclear power. This is never compared to any other power source, but the comparison is central to the argument. Are you concerned about death and disease? Then you should chose an energy source that does well on that score. We hear about natural gas explosions and deaths every year, with human harms much greater than nuclear even including Chernobyl and Fukushima, and somehow the green alarmists still try to convince us that natural gas is preferred.
February 21, 2013 at 9:31 AM