No Tears, Please, for Nuclear Energy 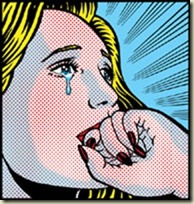 Natural gas is priced lower than ever, a fair number of nuclear reactors have been sidelined with extended outages – enough to bring the fleet’s total capacity down for the year – and a couple of plants are closing albeit for different reasons. Surely, we could be excused for being a little – lachrymose, yes?

Growing fearful that the nuclear energy industry will suddenly crater or more subtly wave a handkerchief goodbye as it gradually leaves the scene is not really backed up by facts.

Consider: Natural gas will increase in price; the carbon emission profile between natural gas and nuclear energy has become more apparent (as we’ll see as we go along); utilities loath putting all their energy eggs in a single basket; and nuclear energy, finally, is a mature and well understood technology. All these weigh in favor of hesitating before composing an epitaph. (“You glowed brightly, but too briefly.”) No one is going bankrupt running a nuclear facility, a majority of reactors will continue to operate over the next 20 or so years, and five more reactors will join the fleet in the next few years.

So, to quote the Cenobite leader in Hellraiser, No tears, please, it’s a waste of good suffering. Suffering isn’t happening.

I was struck by  this blog post from The Washington Post’s Brad Plumer, which sheds some tears on the decline of nuclear energy:

So why is nuclear on the wane? Part of the story here is simply that America’s fleet of reactors is aging and are being taken offline more frequently for repairs. The San Onofre plant near San Diego, for instance, has been out since January 2012.

Because it goes on immediately:

Some of the big outages seen recently could just be a temporary blip.

Why, yes, quite possibly. Plus the problems at plants Plumer discusses are different from one another and, as far as I can tell, not age related. The facilities are aging, surely, but they are not static entities – the issue at San Onofre, for example, has to do with a new steam generator not working as advertised. No one has suggested that the plant is decrepit. The NRC and the utilities would not allow a falling-down plant to operate. The point, though, is that San Onofre put in new equipment and is keeping up to date with technology – as every facility does - that may have caused a problem in this instance.

That could be the start of a trend: One energy analyst told Bloomberg that at least 4 of the 102 remaining U.S. reactors are now at risk of early retirement “due to new power market economics.”

Maybe, maybe not – we’ll have to see – but there are five more reactors being built. Lost capacity , if the energy analyst is correct, will be replaced and then some.

But Plumer also plays fair in ways somewhat unusual for the non-technical press:

Over at Scientific American, David Biello ponders the climate implications of this potential shift. As long as natural gas was edging out dirtier coal, the shale-gas boom was helping to drive down U.S. carbon emissions. (Natural gas emits about half the carbon that coal does when burned for electricity.) But if cheap shale gas is starting to elbow out carbon-free nuclear power as well, that makes the carbon story more complicated.

Or renewable energy sources. I’ve rarely seen this simple reality expressed – natural gas has done such a good job selling itself as “clean” that people assume it’s the same as wind or nuclear in that regard. It’s not – and it does no harm to say so, as it at least provides more context for natural gas in policy discussions.

But you know, you’d expect me to say these sorts of things. (See name of blog.) We’re not disinterested spectators, are we? Though our views don’t just come from unyielding nuclear partisanship (a bit perhaps, but not all), let’s look at what’s happening out there in the real world.

Here’s Tennessee Valley Authority’s CEO Bill Johnson. He’s not disinterested, either, but he does have a realistic, perhaps even hardnosed viewpoint on energy issues. TVA intends to finish up a reactor project at its Watts Bar facility and has committed to Babcock & Wilcox’s small reactor design at its Clinch River site near the Oak Ridge National Labs.

"I am a believer in nuclear power, but frankly our history is pretty spotty."

"If you look back at the 1970s and '80s, the estimates on those plants and the actual completion costs varied greatly."

"We know a lot more today than we did then, and our project management tools are better, but it is still a tremendous challenge," said Johnson, a former CEO at Progress Energy and Duke Energy.

Also fair enough, and it shows that when the marketplace is amenable, then one of the more difficult aspects of contemplating a nuclear energy facility – the daunting cost of the physical plant – can be worthwhile. Unlike, say, France, Russia or China, where the government owns the facilities, individual companies have to pony up the cash in this country. Johnson would be a fool not to acknowledge the “challenge” of building nuclear facilities, which means he is cleared eyed and also, regardless, not deterred. (I should mention that TVA, as a government agency, is a special case but it still has to fund its projects itself.)

Back to the Post’s Plumer:

So is there any hope for new nukes? Perhaps. Construction is underway on two large new AP-1000 reactors at the Vogtle power plant near Augusta, Georgia — the first new reactors approved since the 1970s. Meanwhile, two other new nuclear units have been approved for the Virgil C. Summer plant in South Carolina.

Which is more hope than we’ve had in some years – and throw in the reactor at Watts Bar – plus TVA’s interest in small reactors – plus an expanding global marketplace.

I think Plumer almost finds his way through a difficult thicket, with vagrant incidents suggesting that something has gone awry with the nuclear energy industry. He does not quite depart from that thesis, yet he demonstrates that, tantalizing as the examples of decline seem (to him), there are too few swallows to make a spring – and the swallows that have shown up don’t even look like one another.

SteveK9 said…
Getting some of the AP1000's built is really the key. First at Sanmen and Haiyang in China, then Vogtle and Summer. If all goes well, then I think confidence will increase dramatically.
February 27, 2013 at 9:56 AM

Anonymous said…
Unfortunately the probability of the AP1000s currently under construction in the USA being completed anywhere near to their current schedules and budgets is very low. There are just far too many first of a kind issues to work out and the two projects are proceeding at the same pace which means they both keep making the same mistakes. It would be nice to think that the experience from the reactors in China would help, but from working in the nuclear industry, I can tell you that the issues usualyl aren't technical, they are regulatory. The NRC is likely much more strict than its equivilent body in China and therefore the sort of issues the American reactors will face will be things that China never had to deal with.

It is likely that if a new AP1000 were started after the US projects were near completion that it would be much cheaper and faster to build than those currently under construction, however the inevitible failure of the current projects ironically will limit the chances of a future project going forward that would likely be much more economical. Bellefonte 1&2 might proceede, but I'm not sure any other project will unless natural gas prices double (which is entirely possible given the historical volatility of this resource and increasingly international markets which are priced much higher than domestic markets).
February 28, 2013 at 4:55 PM