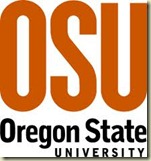 It’s a good thing we learned young not to touch the stove:

This nuclear reactor’[s] the new approach is a "super-hot" type of nuclear reactor cooled by helium gas, not water, and can reach 2000 degrees. That's about three times hotter than existing reactors.

Something went sic in this Fox News Oregon story. It’s about a new approach to nuclear energy that will be demonstrated at Oregon State University.

Construction began today on the $4.8 million facility meant to test a new nuclear energy technology that could be safer, more efficient and produce less waste than existing approaches.

Researchers say it is a viable and versatile energy concept for the future.

Researchers say it could produce electricity, hydrogen to power automobiles, steam to heat a building complex, or provide a cheaper way to desalinate seawater.

I admit that “hydrogen to power automobiles,” puzzled me. Are there cars that do that now?

If they can make the cars, we could use this technology to make the hydrogen," said Brian Woods, an associate professor of nuclear engineering and director of this project. "One of the biggest attractions of the high-temperature reactors is their versatility. They could be used in so many ways.”

Oh, okay, so we may say this goal is aspirational. Of course, we could just skip a step and have cars outfitted with a flux capacitor. Those I think can break the time barrier, useful when you’re late to work.

Snark aside, hydrogen cars are on their way. Here’s a story about a hydrogen powered Toyota due in 2015.

Executives from Ford, General Motors, Chrysler and Volkswagen see fuel-cell vehicles as being further out, and most have not said when they'll have vehicles on the market.

In other words, around 2020. The future (if this works out) may be closer than it appears in the rear view mirror.

Let’s look at the source of the reactor project, Oregon State University. It certainly doesn’t undersell it:

Like any existing nuclear reactor, the high-temperature nuclear reactors could produce electricity – about 35-50 percent more efficiently than existing approaches. But they also create about half as much radioactive waste, by the nature of their design cannot melt down, and like all nuclear technologies produce no greenhouse gas emissions.

They could be cost-effectively built as small modular reactors, and produce super-heated steam that works well for powering large chemical companies or building complexes. As demand grows for fresh water in arid regions, they could offer a more cost-effective way to desalinate sea water.

And there’s more about the hydrogen cars:

And a promising potential is to produce hydrogen that could power the automobiles of the future, using efficient hydrogen fuel cells that leave only electricity and water as their byproducts. There are still obstacles to overcome in hydrogen transportation and storage, but a high-temperature nuclear reactor could directly split water, or H20, into hydrogen and oxygen, without emitting greenhouse gases.

The university seems less sure about them than Toyota and the other automakers.

The story says that the university expects this reactor approach could take hold commercially by the middle of the century, but that depends on it being able to scale successfully and for all the theoretical presumptions to work practically – and all that is before you hit the Nuclear Regulatory Commission.

It certainly could happen – we’re not gainsaying this project – but there will be a lot of milestones on the way to 2050. Well worth keeping an eye on, though. This is where the future of nuclear energy originates.

Anonymous said…
Hydrogen as an energy source is an idea that fails on first principles. The majority of hydrogen produced now is made from natural gas. Methane is easier to contain than hydrogen, has more energy density, and can be used in fuel cells or combustion engines just like hydrogen. Converting methane to hydrogen justs adds a wasteful step in the process between the energy source and the end use.

Using nuclear to produce hydrogen might make a little more sense since there isn't a need for a hydrocarbon feedstock, however you still have the issues of containing hydrogen which have yet to be economically solved. Also, the coversion to hydrogen is less efficient than producing electricty and using plug in hybrids that already exist. The only advantage hydrogen has is the potential for longer range, but it is unfair to compare a potential future hydrogen vehicle with an existing plug in hybrid. One can also assume that plug in hybrids of the future will be able to have more range and therefore negate hydrogens advantage.

A much more viable solution would be to produce cars that can run on natural gas while at the same time using nuclear to provide electricty. This allows us to reduce our need for foreign oil while also reducing the cost of driving a car since natural gas is much cheaper. It also allows us to use nuclear for what it is best at which is reliably producing large amounts of electricity.
February 14, 2013 at 5:08 PM

Will Davis said…
While this is a very interesting concept, I've always been curious about the energy required to refrigerate the hydrogen both in transit to distribution centers or "gas stations" as well as that required to store it once it's there. Surely, the total energy requirement to effectively launch such a scheme is far, far beyond that required just for electrolytic dissociation. I'll be interested to see how this project plays out though because I do think that the HTGR can (and will) make a return.
February 14, 2013 at 7:09 PM

Brian Jackson said…
Just have to be real careful, we don't want anymore Fukashima instances, or worse.
February 14, 2013 at 8:49 PM

Robert Hargraves said…
Honda already sells the Clarity hydrogen fuel car. There is more about high temperature reactors and synthetic fuels in THORIUM: energy cheaper than coal described at http://www.thoriumenergycheaperthancoal.com
February 15, 2013 at 7:59 AM

Engineer-Poet said…
Hydrogen is much more valuable as a chemical feedstock than motor fuel.  High-temperature gas-cooled reactors are all well and good, but I'd bet that they'd be better for generating electricity for batteries than trying to crack water.

Then again, if you have excess nuclear capacity during the overnight hours and the chemical equipment is cheap enough, maybe hydrogen isn't a bad thing to make.
February 15, 2013 at 8:00 AM