On Wall Street and All Around the Electricity Grid 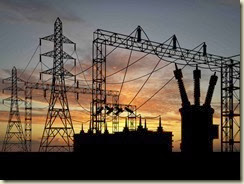 If you missed NEI’s Wall Street Briefing last week – and you might have if you were in a snow bound part of the country – there was off key singing, a scandal and a major fistfight. Well, ok, none of that, but a pretty good overview of the nuclear world in 2013 and 14. You can watch the archived webcast here and view the slides use at the presentation (as a PDF) here. It’s handy to have the latter at hand while viewing the former.

What you can’t see is how well attended and managed the event was, especially during a major snowfall. The trick in succeeding at this kind of event is to make sure the media has an opportunity to talk to the speakers. You can see the print press in action during the Q&A, but TV and radio reporters need special consideration – and got it, with several of the speakers able to appear on camera or on microphone to do one-on-one interviews.

This is important, because it gets the messages at the briefing out to a larger audience – the one that doesn’t read newspapers but is still generally interested in energy topics. You can’t really pick this up in the video, but it’s key to getting out the nuclear story.

One of the points about nuclear energy that has gained considerable traction is its role in grid stability. Particularly in unregulated “merchant” electricity markets (that is, mostly outside the old south), older, smaller nuclear power plants provide a diversity of supply and help stabilize the electric grid, but, to quote NEI President and CEO Marv Fertel at the Wall Street briefing, they also “are vulnerable to weak market conditions. Absent necessary changes in policies and practices, this situation has implications for reliability, long-term stability of electricity prices, and our ability to meet environmental goals.”

Bolding mine – Fertel didn’t suddenly stress that. This was also the most important feature in to Sen. Lisa Murkowski’s (R-Alaska) report – see the post a couple down for more on that – and it seems, in twitter-speak, a trending topic. Murkowski is more concerned with increased environmental regulation on coal plants knocking them off the grid, but she recognizes that losing any baseload energy plant, including nuclear reactors, has the unintended impact of potentially destabilizing the grid by sidelining 24/7 baseload energy.

Fertel takes up the subject in more detail in a post he wrote for The National Journal.

Unless you believe that natural gas prices will stay below $4 per million Btu for the next 20 years, there is no rational economic reason or public policy rationale to allow nuclear plants with safe and reliable operations, like Kewaunee in Wisconsin and Vermont Yankee, to shut down, as both will have done by the end of this year. Sooner or later, they must be replaced and, when they are, they will be replaced with generating capacity that will produce higher-cost electricity, and provide perhaps only 10 percent of the jobs lost when a nuclear plant closes.

Fertel is among a group responding to a forum question about Murkowski’s report and also about the armed attack on a California substation suggesting terrorist activity against the grid. The latter is very important but more correctly an issue for grid operators.

Some of the other responses show that Murkowski and Fertel are on to something. This is Hal Quinn, president and CEO of the National Mining Association, taking it from the coal angle (NMA also includes uranium mining among its concerns):

The alarms sounding from this winter’s arctic weather conditions may foreshadow what lies ahead as looming regulatory deadlines threaten a growing portion of the coal-based power plant fleet that today generates 40 percent of the nation’s electricity, more than any other energy source. EIA’s Annual Energy Outlook 2014 just raised the official forecast for coal plant retirements to a total of 60 gigawatts by 2020. In energy industry terms, that’s just around the corner – and 60 GW is a sizable portion of the 310 GW of total coal-based capacity that existed a little more than a year ago.

And that has implications for the grid.

More reasonable regulations based on the best available clean coal technologies would be a much wiser course – bolstering grid reliability while continuing to provide environmental gains for the nation.

Now, obviously, there are competing priorities at work here – carbon emissions vs. grid reliability. In the nuclear instance, carbon emissions do not apply, but the relative value of nuclear generated electricity certainly does. If nuclear energy can keep the grid stable when other energy types cannot – as natural gas could not during the recent cold snaps – isn’t that worth something?

I’m tempted to say that the polar vortex caused this issue to snap to the fore, but Murkowski was certainly working on her report well before that. Let’s call it a fortuitous coincidence that provided an opportunity to talk about the grid – and emphasize another area in which nuclear energy shines.