In a Pit in Nuclear-Free Vermont 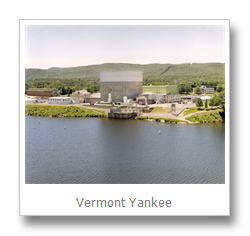 Up in Vermont, a good deal of its electricity was generated by Vermont Yankee, a nuclear facility state legislators worked like demons to close. They basically lost that fight, but Entergy will close it early anyway. Fine – so it goes – and Vermont got what it wanted.

[N]ew Englanders, more than the residents of many areas of the country, are reluctant to give ground on quality-of-life issues in order to site new facilities or means of transmission. That means we say no to wind farms on the ocean or atop the mountains, for fear of affecting our views. We say no to pipelines and fossil-fuel-based plants for fear of air, water or ground pollution through emissions or spills. We say close nuclear plants for fear of catastrophic accidents and long-term radiation pollution.

This editorial, from the Keene (Vt.) Sentinel, is more about the spikes in energy prices that occurred during the polar vortex. We’ve made a lot of hay over the vortex, because nuclear energy proved so reliable during it, but this is a different topic – and just as serious.

Let’s let an editorial in the Rutland (Vt.) Herald expand on it:

For the past few years natural gas prices have been rising and, along with escalating electricity costs, have made New England less attractive to new businesses as well as for expansion of existing businesses. Limited pipeline capacity caused drastic price spikes that saw electricity prices average $132 per megawatt-hour this winter — forcing some companies to shut down because of the high energy costs. While pipeline expansion might provide some temporary relief, it will not reduce our overreliance on natural gas for electricity generation — now at roughly 50 percent.

And mind you, this is before Vermont Yankee closes, due to occur December 29.

Policies enacted over the past decade have favored “green” energy initiatives like 30 percent production/investment tax subsidies to wind and solar, state-funded rebates for distributed generation, Renewable Portfolio Standards and the Regional Greenhouse Gas Initiative, among others. These policies have distorted the market and provided little incentive for base-load power generators to invest in New England. Elected officials have pushed valuable nuclear and coal generators to the sidelines without providing us with any real solutions for replacing their power.

I’d probably look askance at the “distorting markets” argument, since there are solid policy goals at work, but one could argue, as the Herald is doing, that it’s run a bit wild.

Leaving coal aside for the moment, Vermont Yankee has 620 megawatts generating capacity, fulfilling about 35 percent of Vermont’s electricity needs, and all of it emission free. Vermont was in the driver’s seat  on any Regional Greenhouse Gas initiative and/or Renewable Portfolio Standard. And now it’s not. NIMBY and short-sightedness are setting it back on its heels.

What we are left with is the status quo of continually rising electricity prices and growing opposition to any infrastructure. Yet the proposed solution is more government-led initiatives and mandates. Do we really trust the same group of people who have led us to the edge of the cliff to turn us around instead of jumping off?

It’s almost nihilistic, isn’t it? The editorial is unusual in that it sees a yawning abyss beckoning – really, folks, it’s not that grim. And there’s much more to consider than just the fate of one nuclear facility. But Vermont seems at the bottom of a very deep pit and purposely cut the rope that could help it climb out.

Herald reader George Coppenrath, responding to the editorial, describes the texture of that rope quite well:

And finally, they were thinking that closing a big, base-load nuclear power plant or two would push New England utilities into the waiting arms of intermittent solar and wind power; they were wrong. You cannot replace base-load power sources with intermittent ones, so electric utilities were instead forced into the waiting arms of high carbon fossil fuel.

Our very own Germany? See post below and decide for yourself.

Anonymous said…
Do not let them import electricity from anyone else !! Look what's happened to California closing Nuclear plants,, Just saying !!
August 6, 2014 at 11:28 AM

SteveK9 said…
I'm a New Englander who gets his power from Seabrook. I really wish they would build Seabrook 2. We could sell the power to the fools in VT and MA.

Probably a long wait though. I'm hopeful that when Vogtle and Summer are finished, utilities will give another look at a 'sure thing'.
August 6, 2014 at 11:48 AM

Meredith Angwin said…
Thank you for this thoughtful post about Vermont's choices.

I never feel totally certain when writing down these numbers: 70%, 80% , etc. However, the number "35%" clearly underestimates the importance of this power plant.

There is no other electricity source anywhere NEAR the capacity of VY within Vermont. Vermont will be importing our power after the plant closes. And if the people from whom we are importing power face their own power crunch in a polar vortex, I suspect Vermont itself will face a bigger power crunch as the suppliers cut off the power exports. The suppliers will choose to serve their own people instead. It has happened before.

Here's an op-ed I wrote about this issue, in late 2013. Note that this was written BEFORE the January 2014 Polar Vortex.