I Want a Nuclear Powered iPhone

By NEI Digital Team November 03, 2015
The following is a guest post by NEI's Michael Purdie.

The Wall Street Journal's Jon Keegan recently published a very interesting infographic on how long your iPhone would keep operating depending on the ultimate power source. Keegan analyzed the energy density of certain fossil fuels, batteries, and even body fat (which was pretty cool) and analyzed how long an iPhone could run based on its theoretical battery volume.

Keegan looked at three scenarios: regular use, LTE browsing, and stand by time for an iPhone 6s. Under those conditions, Keegan estimated that the lithium ion battery in your iPhone should last 15 hours from regular use, 10 hours from LTE browsing, and 10 days on standby. The results ranged from an hour from a lead acid battery (similar to that of the one in your car) to 10 days by diesel fuel from regular use. In case you were curious, body fat would power your phone for 9 days.

Interestingly, there was one fuel source that didn't make Keegan's cut: uranium. For those of you who are wondering, uranium oxide, the fuel that powers nuclear reactors, is so energy dense that its fission process could power your iPhone for almost 12,000,000 days of regular use! That’s over 32,000 years!

If for some reason you left your phone on standby mode, you would not need to charge your phone for 515,000 years.

I have many questions for Apple CEO Tim Cook. Would my warranty last that long? Would I be able to keep my original data plan? How is this possible?

Keegan analyzed electrical energy density in Watt hours per liter (Wh/l). This is the measurement of electrical energy per hour in a certain volume (in this case, a liter). In Keegan’s analysis, he calculated the densest fuel to be diesel fuel at 10,700 (Wh/l). The uranium fuel in nuclear reactors has 13.2 billion Wh/l.

This is simply the energy released when nuclear fuel is in an operating reactor.  Less than five percent of nuclear fuel is from the Uranium-235 isotope.  Also, not all of the U-235 isotopes fission.  If we assumed that the battery was powered by U-235 and had 100% fission, we’d be talking about trillions of WH/l. If you'd like to check my work, click here. 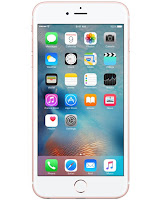 The larger point is that when it comes to energy density, nuclear energy is the superior technology. Here's another real world example. A typical 1,000-megawatt reactor can be sited on a 1.3 square mile parcel of land, a size roughly equivalent to New York's Central Park. This includes all of the plant's operations, including security and onsite storage of used nuclear fuel.

The ability of nuclear energy to deliver so much carbon-free electricity in such a small package makes it so valuable to our energy future.

EDITOR'S NOTE: After taking a second look at our calculations, we discovered that we had underestimated the potency of uranium by a factor of 1,000. Thanks to The Nuclear Advocate on Facebook for pointing out the error.