TerraPower: At The Nexus of New Nuclear Technology and Chinese Trade

TerraPower is the nexus of several intersecting nuclear topics, including new technology and the global marketplace. The company, which is developing what it calls a traveling wave reactor, made a deal with the China National Nuclear Corp. to build a prototype traveling wave reactor and then a commercially-scaled version of it for deployment.

At the same time, the U.S.-China agreement on commercial nuclear energy cooperation entered into force over this past weekend. The required congressional review period

has ended, and the two governments have concluded diplomatic exchanges that set the agreement in motion.

Daniel Lipman, NEI's vice president for suppliers and international programs, said this about the agreement.

"Through 2040, the direct economic benefit to the United States from this renewed agreement with China is expected to be between $70 billion and $204 billion, with 20,000 to 45,000 American jobs supported annually. In addition, this commercial relationship will help maintain U.S. influence on nuclear safety, security and nonproliferation.”

This is from NEI’s press release. You can read all of it here. The industry fought hard for this agreement; its failure would have been a terrible blow to the U.S. nuclear industry. It would also have put the brakes to TerraPower’s ambitions. But it did not fail and the brakes are off. 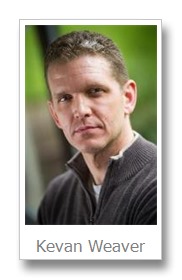 We asked TerraPower’s Director of Technology Integration Kevan Weaver  about the company’s reactor, China and the trade deal. Weaver says the agreement “is especially important for the future of the American nuclear industry,” especially because it fosters supply chain growth in the U.S. – a boon for those trading with China and for the domestic marketplace.

Rather than paraphrase him further, though, we offer the interview in full.

Q: Can you explain briefly the idea behind the travelling wave reactor and how it differs from the current generation?

Weaver: Our traveling wave reactor (TWR) design differs from the existing fleet of light water reactors by using sodium as the primary coolant and depleted uranium as its main source of fuel. The TWR can greatly simplify the traditional nuclear fuel cycle, making it cheaper, safer and more proliferation resistant.

In more detail, the TWR core utilizes mostly fuel made from atoms unable to sustain a chain reaction on their own. Certain atoms can be converted to sustain a chain reaction through irradiation. As the reactor runs, the TWR gradually converts what is called “fertile” material into the fissile fuel needed to sustain a nuclear fission reaction and generate the heat necessary for electricity production. The design offers a simpler fuel cycle that allows for the expanded use of nuclear energy to produce electricity without new enrichment or reprocessing plants.

Unlike other proposed fast reactors, TWR fuel does not need to be reprocessed – eliminating a key proliferation risk. The characteristics of the reactor also allow the TWR to be safer than current plants and enable it to shut down safely without the need for on or off-site power, or human intervention.

Q: TerraPower recently announced that it will build a prototype in China. How did this deal come about?

Weaver: In order to effectively develop our technology, we need a partner that has both the experience in fast reactor development and the demand for baseload energy production. These two requirements translate into a very short list of potential partners and, over the years, we have had conversations with China, France, Russia, India, Korea and the United States. China has always been a strong possibility, given their existing fast reactor experience and exponential electricity demand.

On Sept. 22, TerraPower and China National Nuclear Corporation (CNNC) signed a memorandum of understanding (MOU) to further collaborate on advanced nuclear technology and potentially build a prototype reactor in China, where market forces are dramatically increasing nuclear energy demand. This MOU builds on our previous collaboration with China and takes us one step closer to building the first TWR. We are grateful for the support of the two governments.

Q: NEI has been much engaged in ensuring that the China 123 agreement (which allows trade in nuclear technology) makes it through Congress. This can seem a bit abstract to everyday folks, but you directly benefited from this action. Can you explain its importance to you?

Weaver: 123 agreements are like the rulebooks for a sport – you can’t play the game unless all parties know and agree on the rules. Renewing the China 123 agreement enables the United States and China to “play” together on peaceful commercial nuclear energy technologies for the next 30 years. This is especially important for the future of the American nuclear industry, as the ability to export our products and services grants U.S. companies access to one of the world’s largest markets for advanced reactors. It continues to be an important mechanism for fostering innovation and supply chain growth in an energy market where demand is growing fastest. Put simply, the agreement allows us to accelerate the scientific developments needed to achieve secure, affordable and emissions-free energy production.

Q: Has TerraPower found it difficult to negotiate the U.S. financial and regulatory systems? Other companies, such as NuScale and Terrestrial Energy, have also announced that they will work with non-U.S. regulators and entities. Is this just the nature of working in a global marketplace or has the U.S. become less attractive for new nuclear technology?

Weaver: The driving force in our decisions always goes back to TerraPower’s mission: creating a technological solution to raise living standards on a global scale. According to the International Energy Agency, 1.3 billion people – 18 percent of the global population – live without access to electricity; nearly 97 percent of these live in sub-Saharan Africa and developing Asia.

Since the inception of the TWR project, our investors have also mandated that TerraPower must be a for-profit business; this means we require an active market in which to sell our technology. The intersection of these two factors makes it very clear that both demand and growth are centered outside of the United States.

In fact, according to projections by the Energy Information Agency, the United States will only experience a 0.3 percent/year increase in energy consumption and a 0.7 percent/year growth in electricity sales through 2040. Contrast that with projections from the International Energy Agency that say by 2040, 76 percent of the growth in installed nuclear capacity will concentrate in China, India, Korea and Russia. Nonetheless, while we are looking abroad for our first plants, we do look forward to bringing our technology back to the United States when demand dictates.

Q: What is TerraPower’s timeline, if any, for its prototype reactor?