The Perils of an Energy Panacea in New England 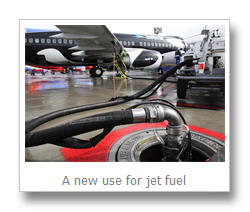 Nuclear engineer Howard Shaffer may be an interested party, but he points out in an op-ed in the Concord (N.H.) Monitor that New England really needs to diversify its energy supply more. Why? Because cold New England winters are exposing fault lines in the energy supply.

At one point last winter, during the polar vortex, 75 percent of New England’s natural-gas generating capacity was not operating due to lack of supply or high prices. Public Service of New Hampshire resorted to burning costly jet fuel to meet the demand for electricity, while the price of oil rose to more than $400 per barrel.

Jet fuel! If that doesn’t speak to desperation, nothing does. Shaffer plumps for nuclear energy, as would be his wont:

Nuclear plants are a dependable source of electricity, because they produce “base-load” power about 90 percent of the time, underpinning the stability of the electricity grid. But currently, New England’s deregulated electricity market does not recognize nuclear power’s environmental value or its critically important role in maintaining power reliability.

And he’s absolutely right. I’m sure other kinds of engineers might make similar arguments for their favored energy sources, but natural gas in particular isn’t as stable for New England as it is for more temperate regions, and it’s really put a crimp in the energy profile down east. As we demonstrated earlier this week (see post below), nuclear energy in New England stood up exceptionally well, with many plants operating at 100 percent capacity.

And what Shaffer is saying is getting broader play. Consider this editorial from the Bangor (Maine) Daily News:

The reactor’s shutdown [referring to Vermont Yankee] has implications for Maine’s electric ratepayers since it accelerates New England’s growing dependence on a single source — natural gas — for electricity, a phenomenon that has meant higher electricity prices this winter.

“Going forward, we are concerned about the impact of [losing] non-natural-gas-fired generation in the region,” ISO New England spokeswoman Marcia Blomberg told The Boston Globe.

As well they should be.

And not to gild the lily or anything, but from MassLive:

When natural gas prices are low, the region's gas-fired generators are dispatched more often because ISO dispatches the lowest-cost generators first. During the coldest days of the winter, when the plants can't get enough natural gas, they turn to higher-priced alternatives such as oil or liquefied natural gas (LNG), driving up the price of electricity, said Van Welie. Older, dirtier plants that burn coal or oil are called into service during such periods of peak demand, he said.

Natural gas a panacea? Yes, well… – and we’re leaving carbon dioxide emissions to the side for this discussion.

If you think nuclear energy won’t be a major part of of the solution here, may I introduce you to Howard Shaffer. He – and we – cannot see another way out of this growing impasse. Jet fuel!

We should note, for those who don’t know, that ISO New England is “the federally-regulated, independent organization which dispatches power plants over six states, administers wholesale energy markets, and works to ensure grid reliability. ISO stands for ‘Independent System Operator.’” More about the ISO system here.

martin burkle said…
"As we demonstrated earlier this week (see post below), nuclear energy in New England stood up exceptionally well, with many plants operating at 100 percent capacity."

During the polar vortex couldn't we say that ALL nuclear plants operated instead of MANY?
January 29, 2015 at 12:56 PM

Unknown said…
As a reporter in New Hampshire in the late 70's and early 80's I watched the politicians, including then Mass. Atty. Gen. Ed Markey, do everything the could to thwart construction of Seabrook. Stupid then. Huge consequences now, as my 82-year0old mother on a fixed income in Manchester NH watches her electricity bill go sky high. You reap what you sow.
January 30, 2015 at 9:21 AM

Anonymous said…
"During the polar vortex couldn't we say that ALL nuclear plants operated instead of MANY?"

Meredith Angwin said…
Terrific article by Howard and a great post here. Both pieces pull together a great deal of information on our overly-gas-dependent grid.

Martin. The Pilgrim plant was at the brunt of the storm. It was fine of couse, but the lines went down, it lost connection to the grid, so it was off line. A coal plant would have had to do the same. Can't run them unless they are connected!
January 30, 2015 at 1:05 PM

Anonymous said…
Also, Calvert Cliffs units 1 and 2 experienced a double scram due to ice and snow on January 21.

Anonymous said…
Sorry for the confusion; I misunderstood an earlier comment. This winter is certainly cold, but not a polar vortex event. That was in 2014, as was the double scram at Calvert Cliffs during that vortex, due to snow and ice.
February 2, 2015 at 2:01 PM