Where the Used Nuclear Fuel Is 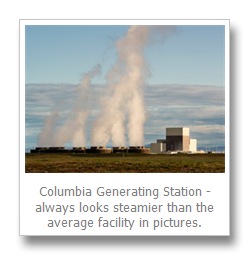 When the United States passed the Nuclear Waste Policy Act back in 1982, the explicit remand was for the government to site and build a permanent repository for used nuclear (later on, it was amended to include Nevada’s Yucca Mountain as that repository). The act also established the nuclear waste fund to pay for it, “composed of payments made by the generators and owners of such waste and spent fuel.” It now holds over $25 billion.

We have to set aside alternatives for now – recycling, fast reactors that can run on used fuel and the like – because while the law does envision alternatives, it only directs the Department of Energy to explore them.

But shuttering the Yucca Mountain project without an alternative approach in mind basically  put the kibosh, for now, on moving the used fuel from pools and dry storage on the plant sites – which is safe as houses, of course, but not intended to be permanent, hence the need for a central repository.

The federal government must pay Energy Northwest $19.3 million for its continued costs because the Department of Energy failed to accept the used fuel from its nuclear power plant near Richland [Wash.], according to a federal court ruling this week.

And that follows this:

This week's ruling follows a decision in 2011 that awarded Energy Northwest $48.7 million in damages for the construction and licensing of a used fuel storage area at the Columbia Generating Station. That award was for 1998 through August 2006.

And this is just one facility. There’s lots more where this one came from. Still, in Richland, the award is not funding caviar breakfasts washed down with champagne. What it does is compensate Energy Northwest for maintaining its used fuel storage strategy.

Energy Northwest would maintain such a policy regardless. But these breach of contract actions brought by facility operators have always been successful – because there has been a breach of contract, with the federal government not holding up its end of the fuel storage deal.

There has been movement – or at least considerable government percolation - around the ideas of the Blue Ribbon Commission on America’s Nuclear Future, which has many good ideas about consolidated storage and a permanent repository and adheres to the goals of the Nuclear Waste Act. You can read the commission report here and, while you’re at it, take a look at NEI’s white paper on an Integrated Used Nuclear Fuel Management Policy, which overlaps and expands upon ideas in the BRC report.

None of this is news – or shall I say new news, except for Energy Northwest winning its lawsuit. So why bring it up at all? Well, a story of this kind has not been in the media for awhile and it reminds us that there are plenty of reasons to encourage forward movement with a revised used fuel policy. A court award to Energy Northwest is really the least of it.