Relying on Nuclear Energy to Keep the Lights Working 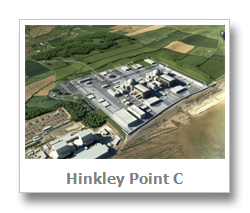 The nuclear energy situation in Great Britain has been full of drama, with Spanish and German interests dropping in and out of the mix and the government’s will to even build a new reactor brought into question.

But, really, the most notable thing about the virtually daily drumbeat of news was that there was a drumbeat of news – to me, that meant the issue wasn’t going to expire until a solution was reached one way or another.

Energy giant EDF was today given permission to construct a new nuclear facility at Hinkley Point C in Somerset.
The announcement was seen as a huge boost to the industry which ministers are relying on to keep the lights working.
EDF said the plant’s two nuclear reactors would be capable of producing seven per cent of the UK’s electricity, enough to power five million homes.

“Relying on to keep the lights working.” To quote Orson Welles from a notorious Paul Masson ad, Ahhhh the French. EDF just got knocked back by the NRC on building a new reactor at Maryland’s Calvert Cliffs because of foreign ownership rules, so this might seem just, if only partial, compensation.

The project will create as many as 25,000 jobs during construction and 900 permanent positions once in operation.

Mostly British, I assume. Might wish the jobs were in Maryland, but why be churlish? It’s all good.

Another bit of good international news, though I admit it’s a bit puzzling:

A new study suggests there is overwhelming public support for the UAE’s peaceful nuclear energy program.

Global research consultancy TNS has announced the results of its study regarding support for nuclear energy in the UAE — with 82 per cent of respondents in favor. That figure is up from 66 per cent a year ago.

There’s nothing suspicious about this poll – TNS is very reputable – but I wonder about the views of UAE people – or rather, who counted as UAE people in this poll. Here is the CIA’s reckoning of the population:

So less than 20 percent are citizens and 19 percent are Emirati – that’s a pretty firm correlation. The reason for this:

It is incredibly difficult to obtain UAE citizenship; it is usually only granted if you are married to a citizen for at least 10 years or if your father had citizenship.

So UAE is not primarily a country of citizens, it is a land of visitors. The four reactors at Barakah will benefit all of them, of course, and I think we can assume that those not invested one way or another into the UAE’s energy choices will be diffident in their views. Eighty percent is 80 percent, whoever TNS talked to, but it must be a curious place to poll.