“Nuclear is indispensable as part of the global energy mix today.” 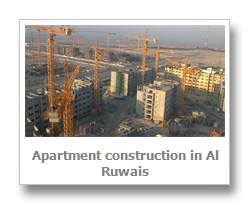 Just because you’re new at this nuclear energy stuff doesn’t mean you can’t have an opinion about it:

"Countries with nuclear reactors continue to operate their reactors - 434 nuclear power reactors are in operation today, 69 under construction and more are planned," said Mr Al Mazrouei. "This demonstrates, despite the challenges, that nuclear energy will continue to play a significant role in the global energy sector."

Mr. Al Mazrouei is UAE Energy Minister Suhail Al Mazrouei. I doubt nuclear energy was even on his radar 10 years ago, but the UAE recently poured concrete for the second of four planned reactors at Barakah.

And good for him. He was speaking at an IAEA summit in St. Petersburg (Russia, not Florida) and he wasn’t the only emirati there.

"The reality is nuclear is indispensable as part of the global energy mix today," Hamad Al Kaabi, the UAE permanent representative to the IAEA, told The National.

The National is the UAE’s main newspaper and the point of April Yee’s story is to suggest that the wind behind nuclear energy’s sails is coming from developing countries not developed ones. I’m not sure I fully buy the premise or that UAE fits it as well as other countries might – the article also mentions Turkey, ditto – but maybe. It’s certainly true that the atom has broadened its scope and welcomed in some interesting new family members.

I took a look at some of the other stories at the National, which has been right on top of Barakah and Enec.

Emiratis in the Western Region are being targeted for training and future employment in the country’s first nuclear power program.

The Emirates Nuclear Energy Corporation (Enec) is focusing its recruitment efforts and scholarships programs on such citizens ahead of its 2017 opening.

I believe the western regions refers to sections of Abu Dhabi, where Barakah is sited, not the other emirates per se. UAE is a collection of seven emirates, more of a Canadian confederation than a United States; still, it’s sort of odd not to extend these opportunities across the whole country (if I’m right).

“We have 260 students in our scholarship programs, and by the end of 2013 we are hoping to have about 410 students recruited.”

Mr Al Qahtani said Enec was offering a range of exclusive scholarships and career opportunities to train the most talented science students and experienced professionals to become pioneers of the emerging nuclear energy sector.

Fahad Al Qahtani is the external communications director at Enec.

The National also has a story about Barakah’s impact on the town nearest it, Al Ruwais.

Exactly the kind of things that happen here, with perhaps some differences because of the widely spaced towns in a desert environment – there’s a lot of housing construction going on is Al Ruwais.

This nuclear energy thing is working out pretty well for UAE.

Closer to home, the funniest line of the day, from The Motley Fool:

Few things are as controversial as nuclear energy.

Read the newspaper today or any day. Does nuclear energy really seem the most controversial thing? Really?