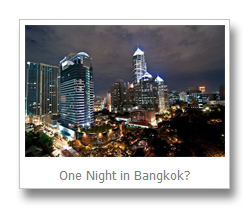 The other day I mentioned that electricity seems more a human right than anything else and if it has to be generated by coal, natural gas or nuclear energy – or any other source – countries that want to electrify will do what they feel they have to do. But I wondered if I could offer a recent experience of this kind as an example – with a nuclear angle.

Yes, sort of. A better example would be about a place with a considerable number of people without electricity. That’s not true of Thailand. But let’s see where this takes us. It starts with a story in the Thai Times

Power disruption! Even countries with electricity cannot always rely  on it and not being able to rely on it is almost as bad as not having any. And to the Shipper’s Council, it’s clearly untenable. The story that follows doesn’t really explain this.

TNSC chief Paiboon Polsuwanna said the construction of nuclear plants is a viable option to cope with energy demand during the peak of the hottest season in the country. He added that there has been resistance to nuclear energy after a nuclear disaster in 2011 at Japan’s Fukushima nuclear power plant. However, following Vietnam’s recently announced plans to build 5 nuclear plants, Thailand's risk levels for a possible nuclear meltdown in close proximity to the country’s territory has already been heightened.

Let’s color this – bizarre. The argument seems to be that since Viet-Nam is now in a position to watch its numerous plants go pear shaped and pollute Thailand, the latter might as well do it themselves. I doubt the Vietnamese consider this very plausible – maybe it’s a cultural thing. Who knows? It’s pretty bizarre, though.

I looked for something to suggest how Thailand wants to build out its electricity profile to limit its shortages and found this very recent – and again rather bizarre – story.

Thailand is targeting the development of more coal-fired power plants as it struggles to meet surging demand for electricity.

The country’s energy minister, Mr Pongsak Raktapongpaisarn, believes Thailand has too much of a dependency on natural gas-fired power and says coal power offers a ‘viable alternative.’

Someone’s been dropped on his head and isn’t right anymore. This wouldn’t seem a good approach. But wait – Minister Pongsak is just getting going.

The minister said that 70 per cent of Thailand’s electricity generation comes from gas power, which he says is unhealthy. However he added that renewables and nuclear power sources were too expensive.

"Few energy sources are cheaper than natural gas — nuclear, hydro or coal. The so-called soft, alternative fuels such as wind or solar energy have a high price tag of 10 baht per unit," Mr Pongsak said. "Relying on these sources will add to the public's power bills while eroding the competitiveness of the industrial sector."

All of this seems topsy-turvy and ready to point Thailand in exactly the wrong direction. Leaving nuclear energy aside, as the Thais are doing, bailing on gas for coal due to the relative “safety” of the two of them seems – uninformed at best. And I’m not sure it solves the problem.

The only conclusion to come to here is that the Shippers Council isn’t going to get much satisfaction. I still think there are examples of sensible recent electrification projects, perhaps with a nuclear angle – perhaps Vietnam. But this isn’t it. This is the counter example. This is cloud cuckoo-land.