Germany and the Cost of Moving Fast 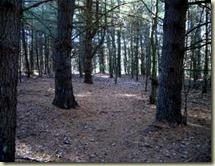 We promise not to beat the horse until it starts beating us – and we’re probably close to that point – but say, how is that shift to renewable energy going in Germany?

By point of comparison:

Electricity prices for industrial use are 41.7 percent lower in France than in Germany. If similar inefficiencies begin to surface in steel and other critical manufacturing industries, the impact on the German economy will be significant.

Let’s be fair: Germany generated (in 2010) about the same amount of electricity via nuclear energy – about 22 percent – as the United States does and half the nuclear plants there are still chugging along until 2022. Germany gets about 43 percent of generation from coal. It’s move to renewable energy is meant to impact the coal percentage as well as get nuclear to zero. What’s hurting here the impact that move is having on ratepayers and, obviously, the industrial sector.

In an interview with Uranium Investing News, Edward Kee, vice president of NERA Economic Consulting, offered his opinion on the current policy dynamics, commenting, “before all German nuclear plants are permanently closed, the policy will shift and some of these nuclear power plants will remain in service. However, this view is based on fundamental economics and not by the less-predictable politics.”

Anyone can say anything, of course, but that doesn’t mean we can’t like some of what they say – NERA doesn’t seem to have any particular ideological or pro-nuclear inclination, so it’s just making an economic assessment. We’ll see in a decade or so how that works out.

The German decision to close its nuclear plants was bound to cause problems: raise the price of electricity and create various kinds of spirals, ripples, even plummets in their economies, all at a very bad time for any of that to happen. Reporters, of course, always latch on to those spirals and plummets because there is drama in them. The real trick is to determine where the German experience will take the country and its people if its energy transition does exactly what it says it will do.

This Reuters story talks about Germany’s energy plans and produces this lovely bid of analysis:

More variable power prices could be a forerunner of a new kind of market, where centralized and inflexible plants, including new nuclear, cannot compete in a more dynamic, connected, modular approach to energy generation.

When they say “centralized and inflexible,” they mean 24/7 electricity production. “Dynamic, connected, modular” – not. Still, it’s a very attractive formulation for doing away with your baseload energy. Read the article to understand the implications of “more variable power prices.”

There was never any question that Germany was going to increase its commitment to renewable energy and revamp its grid to accommodate it. It intended to do so before the accident in Japan and even intended to close its nuclear facilities – at some point. (See this Christian Science Monitor story for more on this.)

So, it is doing hat it had planned to do – but more quickly and in an iffy economy. To be honest, if you leave nuclear energy out of the equation, it’s what has to happen if a country hopes to end its dependence on fossil fuels and get ahead of climate change. Even if the nuclear facilities stayed open, it’s a breathtakingly expensive undertaking.

(You might say: what about an all nuclear solution? But that should make one hesitant on energy diversity grounds.)

The firs of the Black Forest (or Schwarzwald if you’re in it). What, you wanted another picture of a German nuclear facility?

SteveK9 said…
You are making the Germans seem somewhat reasonable, but that is not the case. What made them look ridiculous was closing the 8 plants the day after Fukushima. I was really surprised, as that is totally irrational. My comment at the time ... 'do they expect a tsunami in Berlin?'.
June 21, 2012 at 9:47 AM

Or, to be more precise, there is a very strong connection between nuclear power in Germany and the fact that there is a Black Forest left to talk about.

Because of reliance on coal for power and the inevitable acid rains, Germany's forests used to look like that:

Alice Finkel said…
The German government has chosen to gamble the future of its industry and economy on a risky strategy -- dependency upon intermittent & unreliable sources of energy.