Turkey Wants Reactors – But How Many? 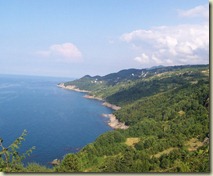 We have nothing to say about Germany today, but we know what it could do with its nuclear plants if it really wants to close them down:

Turkey is determined to have its own nuclear power plants and aims to build "at least 23 nuclear units by the year 2023,” the Turkish Minister of Energy and Natural Resources, Taner Yildiz said on Tuesday at the World Economic Forum held in Istanbul.

I’ve cleaned this up a bit from the story in Nigeria’s Business Day, but that’s what it says – 23 reactors. When you read something you don’t believe, then don’t believe it. Find out the truth.

So let’s see if anyone in Turkey would like to confirm this data. We think we can reasonably say that Turkey really does want to build some nuclear plants.

The constitutional court’s recent decision not to cancel a law permitting the construction of a nuclear plant in the south of Turkey is an important response to opposition criticism on the issue, according to Energy Minister Taner Yıldız.

Yildiz goes on to say that this is important because it means building plants will not be a tossed between an approving legislature and disapproving judiciary and makes it less vulnerable to legal challenge.

With the decision, nuclear plants have become a state policy and the attitude will not change with shifts in government, Yıldız said, while thanking the Supreme Court for the decision.

That’s a good outcome but not 23 nuclear plants. Ah, here we go, from the Hurriyet Daily News:

Research on nuclear physics, electronics and even space studies will be carried out in the [particle accelerator] facility, according to [Prime Minister Recep Tayyip] Erdoğan. Turkey is committed to build two nuclear plants by 2023, in a move to lessen its dependence on carbon fuels and generate cheaper electricity, he said. “In 10 years, the consumption of electricity will be doubled. Unfortunately, parallel to the increase of our energy consumption, energy prices are rising. That’s why we prefer nuclear plants.”

Much more plausible. I think the Nigerian source mixed up 2023 with 23. Regardless, Turkey wants to join the nuclear club and is making moves to have this happen sooner rather than later. I have to give Hurriyet reporter Umit Enginsoy credit – he’s really keeping his readers up to date on what’s happening in the nuclear sphere. This story, for example, discusses the competition between countries to build Turkey’s first reactors:

“Kepco is much keener about the Turkish deal than it was two years ago, when we could not reach a deal at the last moment,” the South Korean official said. “Kepco has desisted from requiring the treasury loan. It also has agreed to help Turkey find a loan in the international credit markets.”

China, Canada and Japan are also looking to build the reactors. So it’s two reactors (or four, depending on the deals Turkey makes), not 23. But we’ll take it. Turkey is clearly quite serious. Maybe Germany could spare two – or four.

Sinop Province, where Turkey will build its first nuclear reactors.

Anonymous said…
Mersin Akkuyu province, where Turkey will build its first nuclear reactors. VVER 1200 4 units. And Sinop province is the selected site for other 4 units and negotioions are ongoing with different countries..
June 5, 2012 at 5:24 PM

I think it was some kind of mistake with the journalist reproducing this news.

I believe Turkey wants to build 3 (three) nuclear power plants by 2023. I think the journalist made a mix between 3 and 2023 and he got 23 reactors, which is totally crazy. Don't you think?

jimwg said…
Maybe not so crazy; if nations are going to go skittish and drop nukes like hot potatoes, they'll need to get their juice somewhere. Establishing itself as a cheap energy provider/seller might be a shrewd move.

NEI: I'm gleaning a few scattered reports on line that respiratory disease cases, especially among youth, are rising around major Japanese cities ringed by fossil fuel plants. Can your resources and contacts confirm this and/or do a report on this? Thanks!

ginga said…
There's too many reactors on the Earth.
I worrid about if we choice uranium to dry up,and our children want to immigrate next to star.Then they will need it,but there's nothing.
Let's preserve it.
June 6, 2012 at 11:55 AM

Don Kosloff said…
Actually, if you are worried about the health of GAIA, there are not enough nuclear reactors on Earth. Dr. Lovelock who discovered GAIA has pointed out that, for the sake of a healthy GAIA, at least 300 new reactors are needed quickly in Great Britain alone. Uranium is not the only fuel that can be used to power starships.
June 7, 2012 at 9:32 AM