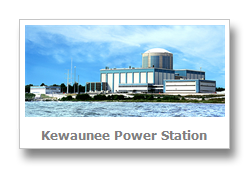 Let’s take a step back, shudder, and look at a dire report from Mark Cooper of the Institute for Energy and the Environment at the Vermont Law School. Cooper releases reports like this occasionally, although why he continues to be interested in nuclear energy is difficult to pin down. He’s not trying to dispute the “lies” propagated by the industry nor try to show that nuclear energy does something other than it claims to do. He just sees the business crumbling into dust every couple of years – I guess that can qualify as an academic pursuit, even if it’s not exactly productive.

You can read the earlier articles linked above to see how Cooper’s ivory tower musings have not been as rigorous as they might be. In the current instance, he wants to grab the San Onofre/Kewaunee “nuclear is unviable” wave to assert that “more than three dozen U.S. reactors in 23 states are at greatest risk of early retirement, including nine reactors that exhibit the largest number of risk factors.” The six states with reactors in the latter category are Illinois, Michigan, Nebraska, New Jersey, New York and Vermont.

But this would mean that the United States no longer requires the “at-risk” plants. The middle of summer probably isn’t the best time to ring that bell. Throughout this week, with all the swelter Mother Nature can dish out east of the Mississippi, most of the nation’s 100 reactors have been operating around the clock at full tilt. NEI put out a press release about this, with more details; it’s pretty impressive. Particularly during periods of extreme weather—hot and cold—nuclear energy facilities are vital to the nation’s electricity grid because electricity is vital to the well-being of the American people.

Cooper also tends to look at nuclear energy in a bubble without much reference to the rest of the energy market or even to the rest of the nuclear fleet. While there certainly are financial stresses on some nuclear plants, that’s also true of coal plants. Natural gas has displaced about 200 billion kilowatt hours of coal fired generation, the equivalent of about 25 percent of nuclear generation. Why? Natural gas improves the country’s carbon emission profile versus coal-fired plants but not nuclear facilities. I’ve seen some forecasts that suggest that as natural gas begins to rise in price, coal could re-supplant some of the natural gas. We’ll see about that, but the cost of natural gas is rising.

But let’s not go too far with this argument. Economic and regulatory stresses have weighed on the nuclear industry and the low cost of natural gas can be seen as exacerbating it. Still, only Kewaunee can be said to have closed due to harsh economic conditions and it’s a specific instance, a sort of orphan facility without a fleet to backstop its difficulties. Here’s how Dominion put it:

Dominion announced last fall that it would close the station and decommission it because the company was unable to grow a Midwestern nuclear fleet to take advantages of economies of scale and Kewaunee's power purchase agreements were ending at a time of projected low wholesale electricity prices in the region.

Still, let’s cede Kewaunee for the sake of argument – it’s only one facility. One to thirty (or even 12) shuttered reactors is a pretty steep climb – the industry would have to lose a great deal of its financial viability for such a partial collapse to make much sense. And electricity demand would likewise have to experience a collapse for such an outcome.

But consider: nuclear reactors are springing up around the world (about 60 at last count and I just read that Saudi Arabia is training some of its people in nuclear tasks so it can start up a domestic industry), the U.S. is building five new reactors, which is more than in the 90s and aughts combined, Japan is certifying some of its reactors to return to service and so on and so forth.

The main reason to pay attention to Cooper’s report is because it will get a little pickup in the mainstream press that, say, reports from Friends of the Earth and Beyond Nuclear would not. They have obvious agendas that make their reports easy to pass over, but the Vermont Law College? That has an academic patina. Often, reporters covering the report will call over to NEI for a comment, which is great, but Cooper’s paper will be the subject of the story.

This is what we get:  Report: South Carolina nuclear plant at risk for early shutdown (because Cooper wrote it), Report: Oyster Creek among nuke plants in danger of early retirement (Cooper again), Davis-Besse among 12 at-risk plants (guess who). Are any of these plants in danger? Well, not in the sense that the operators have made announcements about them, not really in any sense except that Cooper says so.

I cannot begin to speak to Cooper’s motivation and can only assume he is sincere. But sincere does not mean correct and Cooper cannot truly know the status of any given plant or extrapolate the economics of Kewaunee to lend legitimacy to his argument about other plants. It really is an academic exercise and Cooper will never return to it if he Is wrong about Oyster Creek, David-Besse and the rest. That’s not his brief; his brief is his paper and its promotion. Whether it’s compelling in argument or has predictive power is really beside the point.

We’ll probably see more of this kind of thing in the near term. It feeds a media narrative, and we’ll just have to ride out a few bumpy news cycles until it becomes clear that nuclear energy is not going anywhere. We might need to dial up our optimistic activist selves to keep the largely good nuclear story in focus in the face of sour news accounts, but really, a report portending dire days for nuclear energy? Tell us something we haven’t heard before.

jimwg said…
Re: "The main reason to pay attention to Cooper’s report is because it will get a little pickup in the mainstream press that, say, reports from Friends of the Earth and Beyond Nuclear would not."

But you just KNOW the greater (anti-nuclear) media is going to zap and maliciously exaggerate and mis-imply such belated non-incident nuclear energy news darkly, just like you can bet they're skunking for any embittered laid-off Vermont Yankee employee to utter anything "alarming" about the running of the plant. The best defense against such FUD and coy slander is a concerted aggressive public nuclear education offense, but the nuclear industry still seems stuck in November Pearl Harbor on this front.