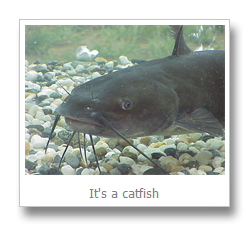 Uh-oh. Here’s a benefit of nuclear energy that falls under the heading of unintended consequences:

The shutdown of Xcel Energy’s Monticello Nuclear Power Plant on Friday is hurting fish and wildlife along the Mississippi River.

The flow of warm water from the plant stopped after the unplanned shutdown, and by Saturday the water temperature downstream had dropped from 75 degrees to just 35 degrees, said Joe Stewig, Department of Natural Resources area fisheries manager.

Wait, what? The plant output raised the temperature of the water 40 degrees? That in itself would be deadly to all kinds of flora and fauna – it would seem – but …

I asked NEI’s William Skaff, director of policy management, about this – NEI did some work on water policy awhile ago but did not address this particular aspect. Bill said that it’s unlikely the plant’s water discharge could cause a 40 degree difference, but that Monticello may well be permitted to discharge warmer water – if not that much warmer - because it can be beneficial to animal and plant life in the rivers. He gave the example of manatees in Florida, which thrive in the warmer water emitted from energy facilities.

Indeed, as the Minneapolis Star Tribune story notes about Monticello, a plant may well be charged fines by the state for going offline and thus altering the temperature of the water. Bill said this can occur even during planned outages. I assume this is true of all thermal energy plants, including coal and natural gas, so the issue doesn’t “belong” to nuclear facilities specifically. It is not a particular benefit of nuclear energy, as I implied at the start, nor is it strictly true that it is an unintended consequence. It appears the state wants to keep plants up and running to keep the warmer water flowing even when they can be spelled by other facilities, hence the fine. And this episode is not a fishy apocalypse – the story reports 30 dead fish found along the shore – leading to the conclusion that the state has traded the occasional plant outage for a healthier aquatic ecosystem generally. That is a benefit.

The story, while focusing on catfish, also addresses the colder water’s impact on swans:

Meanwhile, about 2,000 trumpeter swans usually winter in the open water near Monticello, but without the influx of warm water from the plant that open area has shrunk and become slushy, and some swans could leave, said Lori Naumann of the DNR’s nongame wildlife program.

Jim Lawrence, who lives on the river and feeds the swans, said he’s not concerned. There are other open-water spots in the region where the swans will go.

“I think they’ll be fine,’’ Lawrence said. “We will have fewer birds, possibly. But they’ll come on back.’’

So, no apparent swan fatalities, but I guess the combination of Monticello’s outage and the recent blast of winter weather proved less than fortuitous for them as well as the catfish. I suspect the cold weather might prove to have been determinative in these outcomes – the area around Monticello was 15 degrees below zero this morning. Still, we’ll be happy to see the plant return to service.