Germany: It’s All About the Capacity Factor 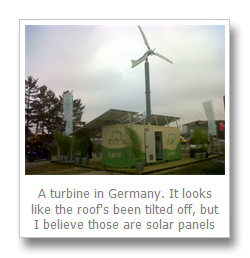 Over on Atomic Insights, former NuScale chief Paul Lorenzini takes a look at Germany’s situation and bats away at misconceptions about the nuclear shutdown, one of which we’ve promulgated here.

Second, they did not fill the deficit created by shutting down their nuclear plants with fossil fuels.

I don’t buy this completely because one can’t really assign a one-to-one correspondence between one kind of energy ramping up and another ramping down – though if one could – and with such precision – it would be the Germans. Anyway, the argument is not that Germany would build new coal plants, but reopen shuttered plants. That has happened, leading to a change of 14.7 percent in coal-based generation – less than solar but more than wind or hydro.

But Lorenzini is not correcting the record to ding naysayers, but because he wants to present a different theory on Germany’s energy woes and here he’s on intriguing ground. It’s not counterintuitive at all, but, well, see for yourself:

On the one hand, this [January 2013] was Germany’s best month for wind generation during the first half of the year. But during the period from days 7-25, there were eleven days when wind and solar combined contributed less than 5% of the load and only four where it was more than 10%. During this period, they had to rely on conventional generation for roughly 93% of their load.

Yes, it’s that devil in the details, capacity factors. Nuclear energy runs at 90 percent or more operating capacity almost all the time – outages bring the averages closer to 90, but closer to 100 when they are actually running - that’s most of the time.

Wind and solar are beneficiaries but also prisoners of the elements. This has always been the case and until there are real breakthroughs in battery technologies, always will be. I think renewable boosters expect this breakthrough will happen in enough time to make solar and wind more viable as baseload energy – and who knows? It could happen. It’s not that slender a thread.

According to the recent IEA review of Germany’s Energy Policies, the country is facing a major crisis of capacity in the next few years. Their large inventory of conventional (carbon-based) generation is meeting the need today, and they project adequate reserve capacity through 2015, thanks to the 2.7 GW of coal added to the grid in 2012 and the additional 5 GW of coal and gas forecast to be added by then.

Capacity can be a little confusing because rated capacity and operating capacity can be fairly close – as in nuclear energy – or quite distant – as in wind and solar. So when you see the rated capacity of a wind farm, it does not reflect the energy that farm can produce, only under ideal conditions. Even with advances in wind technology, it can be tough to depend on it. For example, wind won a lot of praise for weathering the polar vortex and spelling natural gas earlier this month in Texas – for a day. The next day, the wind died away.

A Salon article on this kicked off this way: “Renewable energy critics harp on the variability of wind and solar production, suggesting (or pretending) that this increasingly manageable challenge is some kind of fatal flaw.” Pretending not necessary.

What is clear is Germany’s plan to phase out their nuclear plants will add to the global carbon burden.

Pretending? Fatal flaw? Maybe the “fatallest” flaw of all.

Anonymous said…
Those who think batteries will eliminate the deficiency of unreliable power sources such as wind and solar, are living a lie. The solar and wind generators can be absent for days and weeks, not just the few hours that battery power could provide. And there is the issue of how those batteries are going to be recharged while providing power at the same time. There is simply no logical or physical means of getting reliabl power from an inherently unreliable source.
January 27, 2014 at 7:01 PM