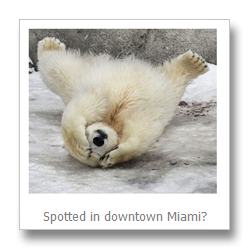 This really may seem kind of a nothing from a nuclear energy standpoint, but it’s not. It got cold – really, really cold – in much of the United States this week. Several sections of the electricity grid got pretty close to meeting their winter demand records, and some facilities – non-nuclear facilities – got knocked out by the cold. In fact, nuclear energy became the primary provider of electricity in New England, as natural gas choked up. Actually, the total impact, while good for nuclear, wasn’t all it could be:

The decrease in natural gas electricity generation forced regional grid administrator ISO New England to call on costlier and dirtier coal and oil plants to make up the difference.

Oil? That’s awful. Let’s be thankful this event didn’t go on for a week or more. At least, ISO used this as a teaching moment on the value of energy diversity:

ISO had warned the region about the increasing dependence on natural gas as both electricity generator and home heating fuel. As the weather continued to be cold Tuesday, the demand for natural gas in home heating spiked, leaving less fuel for the power plants.

But nuclear energy plants? Well, this past weekend the fleet was working at about 97 percent capacity and Tuesday, the height of the “polar vortex” – about 95 percent capacity. And no reactor went off line because of the cold. Wholesale electricity prices spiked, but that’s due to demand, not one energy source or another – your capitalist system at work.

So, nuclear energy facilities do not find extreme cold all that intimidating from an operational standpoint. Plants might power down with a hurricane bearing down – or something like superstorm Sandy -at least when the winds are highest – but cold? Not so much.

But there is still diligence – in fact, diligence is the key. The NRC blog goes into this a bit:

The NRC’s regional offices in the Midwest and Northeast are keeping an eye on plant owners’ responses to the unusually low temperatures. Plants in the affected areas have entered off-normal procedures that entail minimizing regular surveillance activities and increasing the frequency of checks and walkdowns (visual evaluations) of equipment that could be impacted by the temperatures.

I spent some time in Quebec in the winter, so it’s all a question of what you’re used to – Montreal is built so you barely have to go outside, ever. Nuclear plants in cold climates – Canada, Russia, etc. – are not unknown. Industrial plants in general are indoor operations. What’s unusual to us is not that unusual really.

The NRC has long recognized the need for nuclear plant owners to be on guard for extreme cold-related issues. Along those lines, the agency in January 1998 issued an Information Notice on “Nuclear Power Plant Cold Weather Problems and Protective Measures.” Although such notices do not require a specific action or written response, they do serve to make plant owners aware of possible concerns.

Which doesn’t mean that what the operators and NRC do to mitigate any harm the cold could do isn’t needed and welcome. So, all right, cold weather really isn’t a ho-hum topic – and the nuclear fleet did, um, weather it with flying if frigid colors. The vortex, in all its frosty fury, will recede pretty quickly – DC is forecast to be in the 60s this weekend. It’s legacy will be recalled by a generation that will tell its grandchildren that this is what it was like in the teens, so toughen up already.

Note (1/15/12): Some of our commenters have questioned whether we might have made more of the nuclear performance than was warranted. What I  wrote above was true when I wrote it and still seems on-target. I’ve read stories since that say reactors may have been idled by blown transformers or external plant problems. I asked ace NEI statistician David Bradish about this to see if we could better pin down the issue. This is what he wrote:

As of right now, the extreme cold isn’t known to have caused any nuclear plants to shut down during the polar vortex. Fort Calhoun shut down January 9 after the “vortex” passed due to ice damage to one of its six sluice gates which is on the waterway. Beaver Valley 1 shut down January 6 because of a fault in the transformer. FE [FirstEnergy, Beaver Valley’s operator] has not determined whether the subzero temperatures were the cause of the transformer failure yet: http://www.cleveland.com/business/index.ssf/2014/01/firstenergys_beaver_valley_nuk_1.html

So let’s leave it there for now.

Anonymous said…
Might want to check out the news of Beaver Valley. They were "knocked out" last night.
January 8, 2014 at 1:59 PM

Anonymous said…
Why aren't the performance of the wind and solar generation assets in the midwest and elsewhere being publicized during this abnormally severe cold-snap? Whoops, its January, so that explains the solar non-contribution. But what about the wind turbines? Are they making any useful electricity during a period when it's needed the most?
January 9, 2014 at 10:47 AM

Anonymous said…
"no reactor went off line because of the cold." You might want to update this claim in light of the Beaver Valley shutdown earlier this week.
January 9, 2014 at 11:51 AM

Anonymous said…
The above commentators are correct - Beaver Valley Unit 1's Main Unit Transformer faulted on Monday afternoon. The investigation is ongoing but it was definitely related to the cold.

The Unit will be down for some time as the shot transformer is replaced with the onsite spare.

Anonymous said…
So even with that there were still 90 or so reactors running, probably in the 90+% capacity factor range. How does that compare to wind, solar, coal, and gas-fired capacity?

Mitch said…
Wonder who and how many conventional power plants failed this winter...or is asking non-PC?

Anonymous said…
I don't know, but locally one owner of a wind turbine had his windmill freeze when the heaters for the bearing lube failed and the whole whirligig seized up. The local paper said he was contemplating tearing it down rather than lay out the bucks needed to fix it. The payback period was too long.
January 11, 2014 at 10:25 PM

Anonymous said…
It's fair to ask the comparison question re: performance of other generating sources. But the main point of the original post was that no nuclear units had to shut down due to the polar vortex, when in fact it turns out that two units did.
January 13, 2014 at 12:25 PM

Anonymous said…
Hey, I didn't start this thread. Don't kill the messenger. The original post is now inaccurate. Maybe not a "BFD", but it at least warrants an update of the post. Especially as media outlets are continuing to pick up industry's original claim that no nuclear units were affected by the vortex.
January 14, 2014 at 12:10 PM

Anonymous said…
Well, then screw them. If they want to nitpick like that, then they can all GTH. May they all freeze in the dark, the lousy bums.
January 14, 2014 at 2:16 PM

Mitch said…
Ho Hum. Another transformer blew out here north of Baltimore but I don't hear anyone saying that it was the gas plant's fault when they went off-line to fix it Get a grip. The nukes danced fine. It was their partners down the line that stumbled.
January 14, 2014 at 4:56 PM

Anonymous said…
Leaving this alone after this, as clearly accuracy is not a concern for some. But in both the Beaver Valley and Fort Calhoun cases, the weather-related problems that shut the units were plant-specific, not "down the line" (onsite transformer at Beaver Valley, frozen intake at Fort Calhoun).

Anonymous said…
You can "call out" people for making "inaccurate" claims, but its pretty childish and petty, like "calling someone out" for making a mistake in the 96712567th digit of pi. As noted earlier, BFD.
January 16, 2014 at 3:29 PM