Germany’s Nuclear Fiasco and the Courts 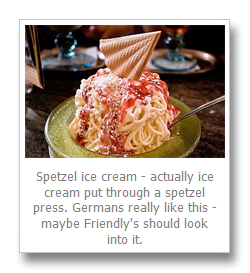 Germany hasn’t done itself any favors by deciding to shut down its nuclear energy industry. It’s had to resort to coal, wrecked its climate change goals and tried to jumpstart renewables as a replacement way too early in their evolution. Other than that, though, spetzel ice cream, right?

The forced closure of RWE's Biblis nuclear power plant after the Fukushima accident was unlawful, the German Supreme Administrative Court has ruled. The utility is now likely to sue for considerable damages.

This has a quality somewhat similar to the shutdown of the Yucca Mountain used fuel repository in this country – similarly precipitous, largely political in nature and, ultimately, inspiring lawsuits that prevail over the government actions.

There are differences, too. Yucca Mountain is inscribed as the repository in the Nuclear Waste Act, so closing it runs afoul of a federal law. In Germany, the laws of which I know next to nothing, the situation is different:

Efforts to force the shutdowns were "formally unlawful because [RWE] had not been consulted and this constituted a substantial procedural error," said the court.

As I said, what this relates to, I have no idea. It could be a nuclear specific law or one that applies to industry and business generally or maybe just to utilities. But the upshot is significant:

Plant owner RWE can now sue for compensation over the loss of the Biblis units as an asset.

Well, someone can sue, as we’ll see further on. The World Nuclear News story reports that other reactor operators such as Vattenfall, e.On and EnBW will likely not pursue RWE’s approach – apparently this is (at least partly) a state action – that is, brought by the state itself - and would have to duplicated in the states where these companies operate, so the decision doesn’t apply throughout the country. But the companies are not sitting idle, either, unlike some of their reactors.

Instead the companies are contesting the constitutionality of the 2011 amendment to the Atomic Act which redrew operating periods for remaining reactors. Another set of questions on the fuel tax have now been referred by German courts to the European Court of Justice. Sweden-owned Vattenfall is contesting the shutdown via international arbitration.

Couldn’t happen to a nicer country – sincerely, I worked for a spell in Germany some years ago and enjoyed the experience mightily – but what a mess. We’ve argued that a country must make its own choices about its energy options without pesky outsiders weighing in. If nuclear energy “loses”, it loses. You can’t win them all. But it’s not just nuclear energy that’s losing here, it’s the German people, too. That’s the real shame of all this.

I poked around some German sites to see if there’s some interesting additional information there, but World Nuclear News caught the highlights really well. One story said that RWE lost this action in a lower court before prevailing in the state supreme court. One thing about these stories is how blunt German reporting sounds next to English:

Which means (roughly – my German was never very good):

Closing the nuclear facility Biblis temporarily was illegal. The Federal Administrative Court confirmed this. Hesse [the state; Frankfurt is the biggest city] has threatened to sue for hundreds of millions [of Euro, I guess] in damages, but the state government said it will study the ruling first.

Right to the point. It’s also almost identical in content to the World Nuclear News lede, except that it stresses the role of the state government and says it will be the state that brings suit, not RWE. I can’t really tease out how Hesse and RWE interact as a matter of law – World Nuclear News may have this correct because it has a better understanding of this than I do. RWE is not owned by Hesse or Germany, so perhaps its corporate identity and who can sue who for what in Germany are factors, too. Subjects for further research.

Worst, it made no logical or common sense! Why shut 'em all down just because someone else thousands of miles away suffered a rare superquake that only damaged one old plant which didn't hurt anybody??? Duh!
January 16, 2014 at 11:16 AM

Anonymous said…
Nitpick about the translation of the German bit: "Hessen drohen damit Schadenersatzforderungen..." means that HesseN (not Hesse) doesn't threaten to sue, but BE threatened to be sued for damages, by RWE. They're studying the rulling in hopes not to have to pay, maybe go to the supreme court.