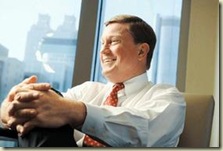 Officials from the Nuclear Regulatory Commission were holding a public meeting Wednesday on their review of the St. Lucie County nuclear power plant on Hutchinson Island.

According to Florida Power & Light spokesman Mark Waldron, this is an annual review, and the NRC has already told FPL in a letter that there are "no issues with the plant."

Yawn! Even despite Fukushima, one might think the public likely to skip this one. Yet it might be quite interesting.

Their [Turkey Point and St Lucie’s] job is done. However, the used, or "spent," fuel rods have not gone anywhere. They're still at the St. Lucie and Turkey Point nuclear plants, they're still close to population centers on water and they're still radioactive. The pile of waste continues to grow.

“The pile of waste?” Sound like it was put in barrels in the back yard, doesn’t it? It takes awhile for the story to get to this:

[James] Tulenko, [director of the Florida Laboratory for Development of Advanced Nuclear Fuels and Materials for the University of Florida], said all of Florida's spent fuel pools are next to reactors rather than on top of them [as they are at Fukushima], making them easy to maintain. Dry casks are safe and require no maintenance, he said.

The bottom line, experts say, is that while spent fuel is being stored safely, centralized, secure storage is needed. Until then, every precaution should be taken.

Nothing to disagree with there, but the tone is definitely alarmed enough that that meeting at St. Lucie might pack the hall. Fine. FPL seems well able to make its case.

This is a long article and nicely researched by Susan Salisbury. I wish it were a little less breathless, but these may be breathless times.

Thomas Fanning, chairman, president and CEO of Southern Co., gave a wide-ranging speech on energy to the U.S. Chamber of Commerce. He said positive things about nuclear energy, but I actually found his comments on natural gas more interesting:

Fanning said that while the price of natural gas is currently low, making it competitive with coal and renewables, the price is still volatile and is not good for American business.

“If that’s your only future generation resource, then that volatility will only increase,” Fanning said.

He also said that hydraulic fracturing shale formations to recover natural gas is economical but can cause environmental problems.

This falls outside our brief, still I hadn’t run across such comments from an energy executive before. Logically, he’s right: betting on any one energy source makes one a hostage to it – see petroleum – so looking at natural gas wholly can only be seen as a good – for natural gas and for energy policy generally.

“Rest assured, we will continue to focus on safety and be diligent in making sure that our plants remain as safe and efficient as possible,” Fanning said. “But let's not let politics hinder our progress in this nuclear renaissance. Nuclear energy must remain a part of our future.”