By Thaddeus Swanek April 05, 2011
You may have noticed some talk flowing around the great chatter box that is the Internet about recriticality at the reactors 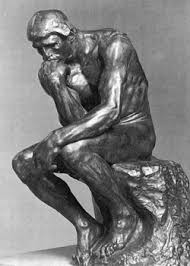 
…Now there is definitive proof, courtesy of Tellurium 129 and a order of magnitude higher concentration of Iodine 131 in Reactor 1, that the reactor is now undergoing sporadic events of recriticality…


The detection of tellurium-129 is not proof of recriticality.
Even though it has a half-life of just 69 minutes it is still one of the most prevalent fission products in used nuclear fuel several months after fuel is removed from the reactor core or last criticality.
This is due to the fact that tellurium-129 also exists in a higher energy state (Te-129m, where “m” stands for metastable) with a half-life of 34.1 days prior to transforming into lower energy tellurium-129. Given the high initial abundance of both forms of tellurium-129 among fission products, it is reasonable that some would still be present months after the reactor was last critical.
The author also cites iodine-131, with a half-life of eight days, as evidence of recriticality. However, since we are about 20 days post-accident, you can still expect about 10 percent of the original iodine-131 to be present.

According to Rodney not realizing that tellurium-129 has a higher and lower energy state is “a common mistake a new nuclear engineering student would make.” Thanks, Rodney, that makes us non-technical types feel much better.
What’s more, Tokyo Electric Power Company (TEPCO) has said that its reading of tellurium-129 is “doubtful.”

To sum up, at this point, TEPCO is not sure if tellurium-129 has been found in water in the turbine building. And even if the results do show tellurium-129 in the water, it is not evidence of recriticality, but past criticality from the Fukushima reactors operating regularly before the earthquake struck on March 11.

Cyril R said…
For those interested, also see this:

Unknown said…
Re-criticality is also highly doubtful from a physics point of view. In order to be critical, a reactor needs sufficient water to moderate the neutrons and cause fission. It is unlikely that a hot rubble pile of fuel/cladding would have enough water mixed within the pile sustain a chain reaction.
April 6, 2011 at 8:12 AM

Sure it is doubtful. But the indications are there. Plus it could be critical from fast neutrons. Or the water above the slag could be acting as a moderator and reflector.

If the wells below the slag are filled with water even better.

Easy enough to determine by running the sample twice (or some multiple of that depending on how close you want the results - i.e. reduction of statistical errors).

Once as soon as the sample is available and a second time about 1 to 5 (short) half lives later.

Anonymous said…
The above is why I despise Arnie Gunderson. Through omission, deception, turning a blind eye, etc, he takes a few facts and spins a hell of a yarn. He's a scientist by profession, but a propaganda specialists by trade. He does a disservice every time he opens his mouth about Fukushima. He shamelessly manipulates this crisis at every opportunity.
April 14, 2011 at 11:07 AM