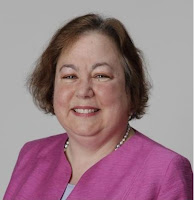 If you happen to live in New York's 26th Senate District, which contain the Indian Point nuclear plant and is represented by state Senator Liz Krueger, well, the senator would like to know what you think of the plant. She wants to close it, but to her credit, she does want to know what her constituents think. I would guess that a fair number of her constituents work at Indian Point or at one of the many businesses that benefit from its presence. Even constituents who have no connection to the plant might regret losing clean energy in favor of something other.

So go ahead. Tell Sen. Krueger what you think. She wants to know.
---
The Christian Science Monitor has up an interesting story on what the effect may be of the lawsuit brought by Entergy - actually, two of its subsidiaries - against the state of Vermont. Naturally, this is all speculative, with the possibilities ranging from "nothing" to "a whole lot." Read the post a few below to see what the lawsuit is all about, but essentially, Entergy says the state cannot close Vermont Yankee; only the federal government can do that.

Under existing law, states have definite – if strictly limited – rights regarding nuclear power plants. These included a say in the siting, economics, transmission, aesthetics and other issues. States do not have authority over safety and licensing. That resides squarely with the federal government.

The Vermont case could reinforce those states’ rights, expand them – or see them overturned entirely. Entergy argues the federal government has near-complete control over the licensing of nuclear power plants. If the case rises to the US Supreme Court, as some suspect it might, the ruling could sharply curb federal say on nuclear power plants inside state lines.

See? Everything or nothing. I guess you could argue that Entergy is only asking that the laws as it understands them hold force here, that it is not asking that any law be overturned or altered.
The article focuses on only one of Entergy's arguments:

"If this case were to change the 1983 court decision, then every state would lose the power they've had since joining the union," says Michael Dworkin, former chairman of the Vermont Public Service Board. "We're talking about a state's power over land use and all powers not expressly taken away by Congress. That's what's at stake if the company convinces the Supreme Court to take away those powers currently granted."

Well, no. Entergy in its suit notes that Vermont Yankee contributes electricity to states other than Vermont - this is true of most energy plants, since most contribute to multistate grids - and that falls under interstate commerce. And it is the federal government not the states that controls interstate commerce via the commerce clause of the constitution.
It is a complex case and will be interesting to follow. I cannot pretend to understand all the issues involved and we haven't yet seen Vermont's response to the suit. Very early days. Given that, the Monitor piece is pretty good withal and writer Mark Clayton will help you understand at least some of the issues here a little better.
---
Let's wrap up with some positive news:

Federal nuclear regulators say there are no environmental impacts from two proposed nuclear reactors in Jenkinsville that would prevent South Carolina Electric & Gas from getting a license to operate the plants.

The Nuclear Regulatory Commission and the U.S. Army Corps of Engineers said in a news release Tuesday that the environmental review began in January 2009 and included input from several public meetings.

That's pretty good. All things being equal, SCE&G will open two new reactors at its V.C. Summer site in 2016 and 2019.
And, from the Washington Post, reporting on a Post/ABC poll:

The poll results are mixed rather than outright positive, but they are heartening in that general support for nuclear energy might have dropped off a cliff but has not. Media furor tends to send numbers way up or way down depending on the issue and heaven knows pollsters like to do polls when emotions are high. So it's striking that the response this time - and from a fair number of polls - has been fairly tepid.
New York state Senator Liz Krueger.