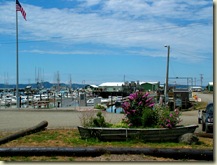 Dr. David Brenner, director of the Center for Radiological Research at Columbia University offers interesting comments at the New York Times today. It’s a meta story about a expert who has been asked by various media outlets to share his views.

“People are very worried, which is not surprising,” he said. “We want people to be able to make some kind of realistic assessment.”

In the week or so after the earthquake, he did about 30 interviews with reporters, he said, “some good, some dreadful.”

Some interviewers tried to push him to say the danger was much greater than he believed it to be. He resisted, and canceled one appearance when he realized that the host group had a strong anti-nuclear agenda.

Can’t say that’s a big surprise. As for Dr. Brenner:

Asked whether he was for or against nuclear power, he paused, then said, “I think there is a role for safe nuclear power.”

Worth a read. Dr. Brenner engages in speculation about outcomes – it seems to me to early for that, but in all, the story justifies its title: Countering Radiation Fears With Just the Facts.

I wrote earlier I would keep my eyes open for some dire nuclear energy editorials. Most we’ve seen have taken a positive though measured view; none have suggested just shutting everything down. So this editorial from the Chinook (Wash.) Observer should do the trick:

Lobbyists for the American atomic-energy industry might just as well resign en masse now and seek work with better prospects — perhaps inventing a perpetual-motion machine or bringing peace to the Middle East.

The rest of it gets a little muddled. Lines like this - “In fact, the latest nuclear equipment is quite safe.” – don’t help the cause, nor does this somewhat muted appreciation of natural gas:

Natural gas, the cleanest fossil fuel, will be part of the answer. This does not mean we should blithely go along with a liquefied natural gas terminal at Skipanon. It is not sensible to situate giant tanks of a highly explosive substance on a nearby waterfront subject to 9.0 quakes and tsunamis.

But you take what you can get.

Chinook Bay. Nope, no place for anything that can explode.