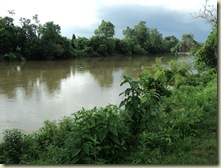 From The Macomb (Mich.) Daily:

The agonizing restatement of Murphy's law at the Fukushima nuclear power plant in northern Japan threatens to delay once again a promising expansion of our own nuclear power generating capacity.

It should prompt a check and recheck of plans and proposals for new nuclear plants in this nation. But we question if anyone can offer well-founded objections to nuclear plants of improved designs in areas which are not seismically active.

Me, either - even in seismically active areas, actually. We won’t know until much later the role the earthquake played at Fukushima, but the tsunami added a wild card that most regions of the United States don’t have to worry about.

Nuclear energy, for all its opposition, has some useful life left. Solar and wind power in the long run can provide the cleanest, safest source of energy. But until they can be put to use on a larger scale, we should use whatever other clean energy is at hand. For the next few decades, at least, nuclear energy fits that requirement.

Not the most ringing endorsement, but it’s okay. I’ll take it.

From the Lynchburg (Va.) News and Advance:

Nuclear reactors have been safely generating power around the world for more than four decades, and for any other industry, three disasters in more than 40 years would be a safety record to be envied.

The public needs to calm down; the environmentalists need to quit trying to make political hay of a grave crisis; the politicians simply need to grow a spine.

I’m not sure I’d be quite this harsh. They grow them tough in Lynchburg;

An Associated Press story earlier this week about the number of U.S. nuclear plants near fault lines played into feeding the public’s irrational fears of the nuclear industry. After all, the idea of a nuclear plant near the site of a possible earthquake would scare just about anyone. But in Japan, it was not last week’s earthquake that caused the current crisis; it was the ensuing tsunami that severely damaged the coolant systems at the plant.

I’m not sure yet that the earthquake wasn’t determinative and neither is the News-Advance editorial board, but I must say, this is the most pugnacious defense of nuclear energy I’ve seen yet.

The Danville (Va.) Register-Bee offers a negative editorial, but mostly about the costs of a nuclear energy plant:

A fact not mentioned about nuclear energy by those advocating its use is there has been a growing volume of comments about the capital cost of nuclear-powered electric plants becoming prohibitively expensive.

And goes on from there. Its alternative to nuclear energy is interesting:

The IGCC electric plant does not burn the coal. Rather it uses a thermo-chemical process to produce the gas stage from the coal. The resulting gas is stated to be virtually free of fuel-bound nitrogen. Pollutants, such as sulfur (98 percent removed), particulates and trace minerals, are removed in IGCC processing and sold as by-products for other industrial uses. IGCC results in a small stream of carbon dioxide, which can be captured. The slag is sold for use in building roads or manufacturing wallboard and the plant has “zero process water discharge.” A second such unit, producing twice the electricity, has been considered, at a projected cost of $2 billion.

I’ve nothing against this per se – I guess the idea is to propose carbon capture as a base energy source to replace nuclear energy, but it seems an awfully rosy picture. Consider:

I [Hildred Shelton wrote the editorial] do not feel obligated to support uranium mining in Virginia regardless of the findings of the NAS study, and I do not see why anyone else should so feel either.

A view of the Dan River – hence, Danville.

Mmm. Even more so when one of those (TMI incident) was definitely not a disaster, and the Fukushima accident is not a disaster either, to-date.
March 30, 2011 at 4:49 PM

Mark Flanagan said…
Joffan - A broad definition of disaster is " a sudden or great misfortune or failure," according to Merriam-Webster. Works well enough. In the narrower sense, the tsunami/earthquake qualify better.

Joffan said…
Mark, without descending to dictionary wars, I'd say the "disaster" reference can reasonably be inferred to be in terms of human impact (as distinct from economic impact) when the words "safety record" are in the same clause.

Joffan said…
Anonymous: one always needs good luck when selling evidence-based evaluations, so I offer my thanks in proportion to your sincerity.

Certainly Fukushima is a financial disaster for Tepco - no argument there. But as I said - and which you selectively ignored -the phrase that "disaster" occurred in was specifically referring to "safety record", not to finanaces.
March 31, 2011 at 2:31 PM