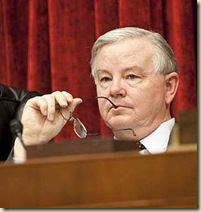 And liked what he saw. Rep. Barton (R-Texas) wanted to visit the plant in his district because he worried it might not be safe in case of a large earthquake. It went well:

"Our safety systems in the United States are much more robust than in Japan," said Barton, R-Arlington and former chairman of the House Energy and Commerce Committee. "If there's ever an earthquake, I want to be in the control room at Comanche Peak. ... It can withstand the largest earthquake we could have and then some."

But Barton said he'd like to convene a committee hearing in Congress so members can learn about safety plans in place at all U.S. nuclear power plants.

He said he doesn't believe that support for these facilities will wane, despite Japan's problem, if Congress and plant operators "can continue to show these plants are safe, new designs are safe and safety regulations are being enforced."

And I’m reasonably sure that plant operators will be able to do that.

The significance of the Japan earthquake is not lost on Comanche Peak:

"The nuclear industry in the states is taking a lot of actions, keeping a close eye on what's going on in Japan," said Rafael Flores, senior vice president and chief nuclear officer at the plant. "There will be a lot of lessons learned from it."

Flores pointed out differences between Japan's plants and Comanche Peak. In Japan, fuel oil is stored above ground, boiling-water reactors produce steam and spent fuel pools are above ground. At Comanche Peak, he said, diesel is stored underground, pressurized-water capacitors avoid the use of steam and spent fuel pools are in a separate building, at ground level.

"We believe we have a large margin of safety," he said. "But we are always looking to make it larger."

And I should note that writer Anna Tinsley brought out all these points. Although the public knows that nuclear energy plants are not tin cans with uranium in them, finer distinctions are harder to communicate – and grasp – and Tinsley, with Flores, does a good job of this. Worth a read as a fair, good bit of reporting.