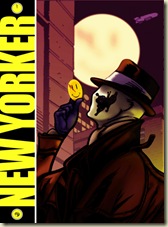 We’ve run a series of editorials over the last few days that take a cautious but supportive view of American nuclear energy going forward after Japan. That’s fine – the fact that writers and editorial boards are grappling with the issues is to be encouraged. Most have been judicious and measured.

And we have to say that that’s true even among writers who would just as soon the entire industry close down and go away – there is a realization that shutting down nuclear means that the project of producing emission free electricity generation would take a ghastly hit.

In the short run, the beneficiary of nuclear's now inevitable crisis is going to be fossil fuels. Renewable energy remains too expensive, too land-hungry, too unreliable and too small-scale to take up much slack, so cheap coal and newly abundant natural gas will do the job.

This is ironic, because however high the death toll at Fukushima climbs, it is unlikely to match the casualties in the fossil-fuel industry. In the last year alone, 29 people died in a New Zealand coal mine, 11 on a Gulf oil rig and 27 in a Mexican pipeline explosion. A human-rights activist has estimated that as many as 20,000 people die in Chinese coal mines every year.

I don’t think that crisis is so “inevitable,” but Matt Ridley at the Wall Street Journal certainly does. And clearly, a sad day it will be. Might even lead to second thoughts.

Much the same from Elizabeth Kolbert at The New Yorker:

An objective comparison might indeed suggest that a well-designed and vigorously regulated nuclear power plant poses less danger than, say, a coal-fired plant of comparable size. Such a comparison, however, ignores the fact that the regulation of nuclear power in the U.S. still relies on wand-waving.

That’s the main course. It comes with a side dish of the American Industry Has Been Lucky:

As the disaster in Japan illustrates, so starkly and so tragically, people have a hard time planning for events that they don’t want to imagine happening. But these are precisely the events that must be taken into account in a realistic assessment of risk. We’ve more or less pretended that our nuclear plants are safe, and so far we have got away with it. The Japanese have not.

Maybe we “got away with it” because they are safe.

But that’s okay. This is a situation where the extremes in attitude come out to play. One always thinks that one’s own attitudes are shared by all and they most definitely are not. Coming out against nuclear energy, even if somewhat woefully, is a fairly safe place to be right now, like being against oil drilling last year, but I rather expect that will change in the weeks ahead. Nuclear Energy is a rather resilient industry; it has half-life to spare.

The New Yorker’s Eustace Tilley as the Watchmen’s Rorschach, by Marcus Parcus. His Live Journal page is here.