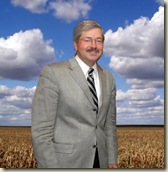 The Dallas News has up an editorial that favors continued development of nuclear energy:

Americans must learn from this tragedy in our own necessary pursuit of nuclear power as part of a broader plan to reduce dependence on fossil fuels. Nearly all of the 104 reactors in this country are on coastlines and near earthquake faults, and, similar to Japan’s, they utilize backup electrical systems that rely on diesel generators and batteries. A confluence of several catastrophic events here could be just as calamitous as what is unfolding half a world away.

The support is always welcome, but the mainland of the United States is not vulnerable to tsunamis except in the Pacific Northwest and no nuclear plants are at the coast there. Earthquakes are a different matter, but plants are built to withstand more than the largest earthquakes ever recorded in their areas. See this FAQ from the Nuclear Regulatory Commission.

Still, the editorial is more than judicious and worth a read.

The other day, we highlighted Utah Gov. Gary Herbert and his willingness to push forward with nuclear energy in the shadow of Japan. Now, meet Iowa Gov. Terry Branstad:

Gov. Terry Branstad said Monday it “makes sense” for state lawmakers to move ahead with legislation that would help address hurdles that might impede MidAmerican Energy’s exploratory effort aimed at building a nuclear-powered facility in Iowa.

“We can’t generate all of our power needs from wind energy, so we do need to look at the other sources and this seems to be something that is worth significantly studying,” Branstad said.

He’s right. Wind simply can’t do it all, though it’s certainly welcome in the mix. But nuclear energy can. A little more:

“We have a problem because of most of the power in Iowa is generated by coal and (federal Environmental Protection Agency) rules now are really very restrictive on coal-fired plants,” the governor said during an Iowa Public Radio interview. “So we’re either going to have to shut those plants down or do major expenses on retrofitting them or replace them with something that’s going to have the environmental problems that we have with coal.”

The arguments are as the arguments were. Nothing’s changed. And governors like Herbert and Branstad see that. I don’t really know whether taking these stands will cause trouble for them – I doubt it – but they are realistic policy decisions.