Safety Is a Process, Not a Recipe 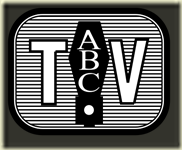 ABC News tried a story on its Nightline program to suggest that the NRC finding a problem at a nuclear problem and the plant operator then fixing the problem represents a safety hazard. Aside from the the counterintuitive nature of that approach – that having to replace a nozzle puts all out lives at some kind of risk – the overall implication is that a nuclear plant can never ever have a problem, no matter how small. After all, so many people – which is to say, none – have been endangered by American nuclear power plants.

To ABC’s credit, though, it has gone to the industry to learn a few salient facts.

There are 104 U.S. nuclear power facilities, and Anthony Pietrangelo of the Nuclear Energy Institute, an industry association, said, "The plants are very safe. There have been no abnormal occurrences reported by the NRC in their annual report to the federal government from 2005 to 2009."

That's true, but Lochbaum and the Union of Concerned Scientists point to what the NRC calls 14 "near misses" at nuclear plants in 2010, which Pietrangelo called a mischaracterization of those incidents.

Lochbaum is a safety maven, which is good, but this back-and-forth can begin to remind you of partisan politics, where an opponent can never do anything right, no matter how trivial the offense. Concerns about safety can become a set of talking points rather than an ongoing process and the point of it all – enhancing safety – gets lost.

Pietrangelo of the Nuclear Energy Institute said the industry responds when the NRC finds a safety violation.

"When we find a violation, what each licensee does is put it in their corrective action program ... the experience is shared, with not only the personnel at that site, but, also, if it's significant enough it is shared with the rest of the industry," he said.

" That's how we got better as an industry." And, he added, "The NRC can shut a plant down if it does not think that it's operating safely."

Safety is a process, not a recipe with a fixed set of ingredients providing a standard result, and the sooner that’s understood, the sooner the media will grasp that the nuclear industry is really rather good at it.

The first ABC TV logo, from 1946. ABC didn’t really get national coverage until it merged with the short-lived DuMont network in 1953 and the rebranded ABC emerged in 1954. It didn’t really gain a solid financial profile until the Batman show in 1966 became a brief-lived sensation, allowing ABC to compete for top shows with CBS and NBC. It was bought by Disney in 1996.